Finds From The Flea Market 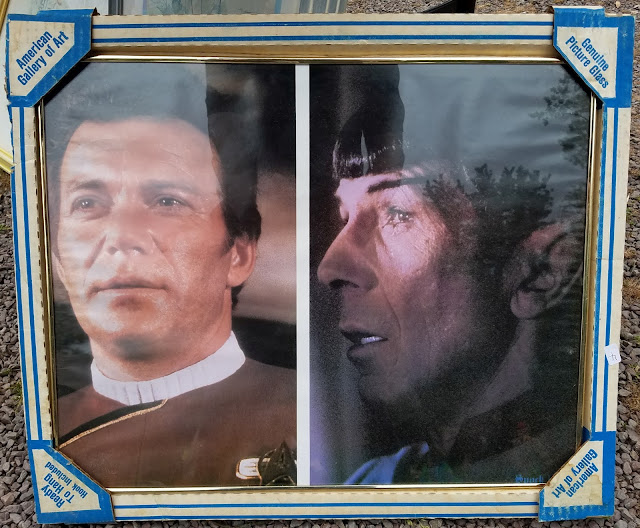 This poster of Captain Kirk and Mr. Spock (both Jewish!) was apparently sold by the American Gallery of Art and is framed behind real picture glass.  I think it's from the 1979 release of Star Trek: The Motion Picture, but I'm far from a Trek expert.  I will say that it's not the greatest photo they could have used.  It looks like they took a sticker from one of those old Panini albums and blew it up to poster size. 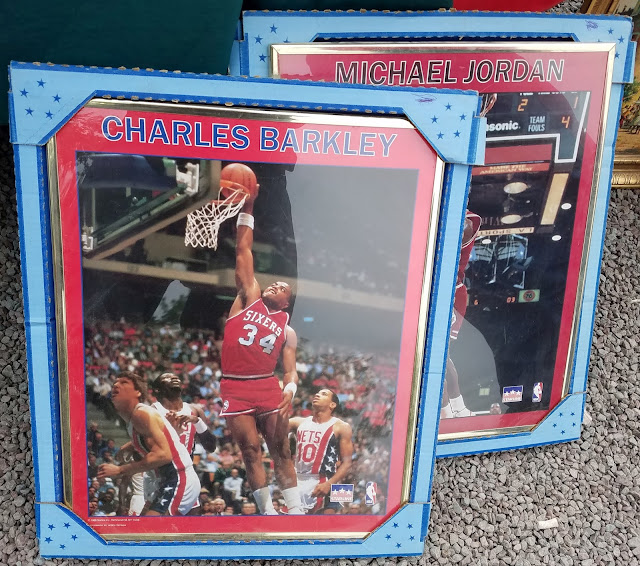 I think every boy in America had a Starline poster hanging on their wall in the 80's.  These ones of Charles Barkley and Michael Jordan are from 1988.  They look like the kind of thing you could win at one of the Bloomsburg Fair carnival games. 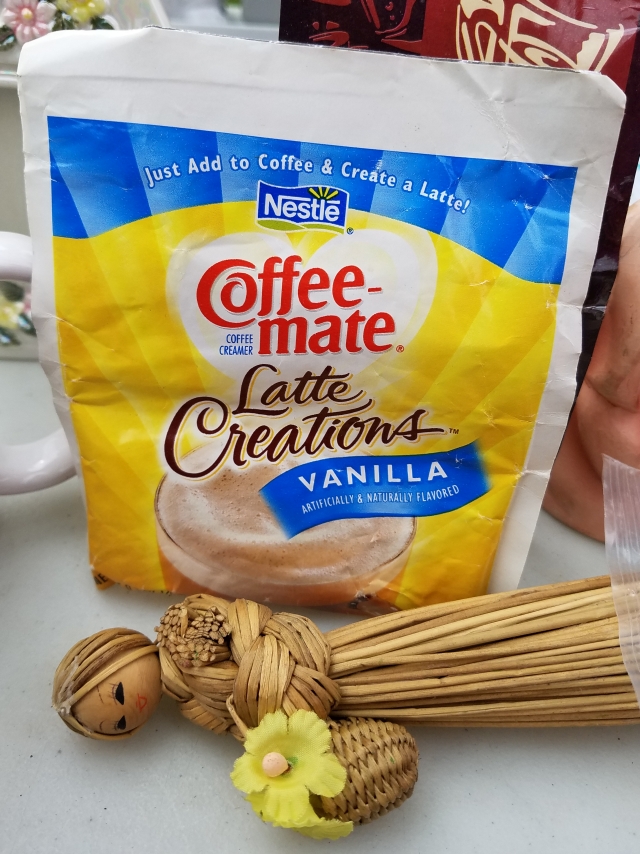 I've worked for Nestle since 2011 and I've never heard of this product before.  After doing a little research, I learned that the Coffee-mate Latte Creations line was discontinued in May 2007.  So, even if this was the last one to come off of the production line, this powdered creamer is ten years old.  I don't know if the vendor found it in their cupboards this morning and decided they were sick of looking at it, or if it's been schlepped from one flea market to the next and brought out to sit in the hot sun once a week for the past ten years.  Either way, it doesn't sound like a promising addition to my morning coffee. 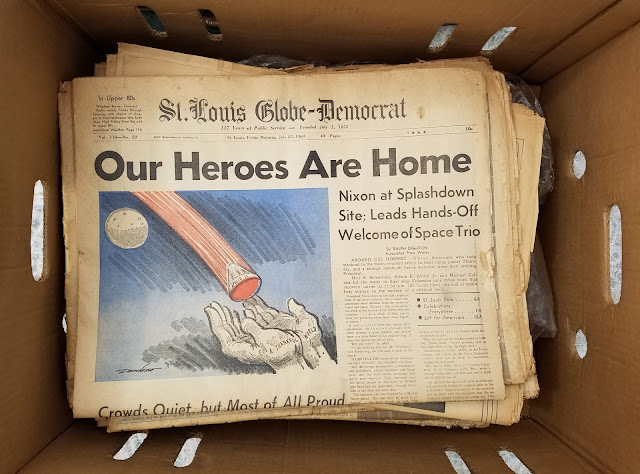 Good news!  Neil Armstrong, Buzz Aldrin and Michael Collins are back from the moon, safe and sound.  You can read all about it, and god only knows what else, in this box of newspapers from 1969. 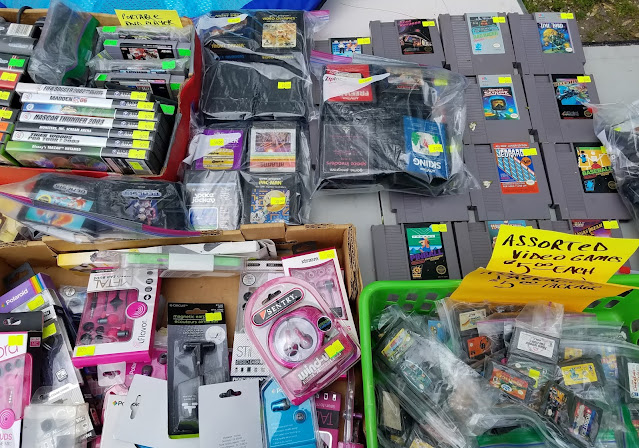 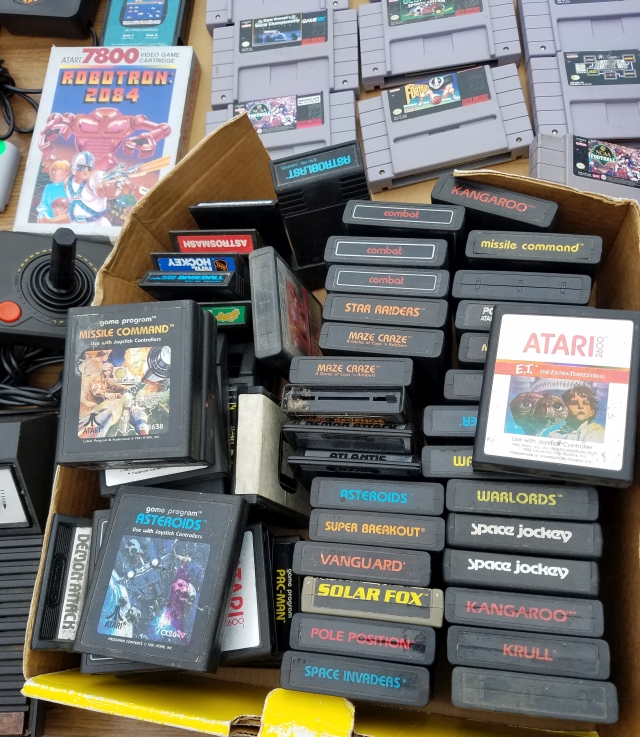 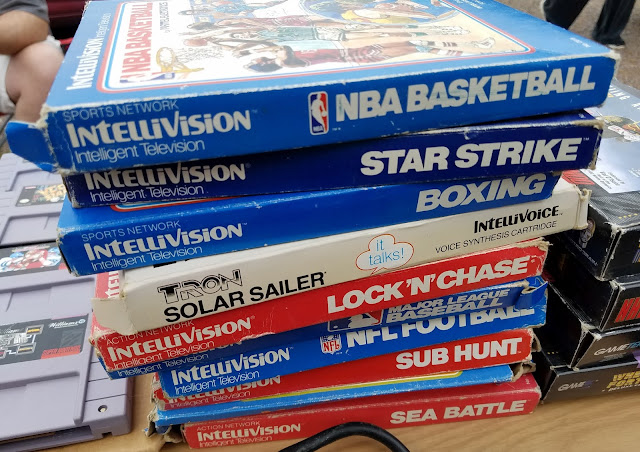 It was a pretty good day at the flea market for retro gaming.  There were more than a few stands that had a decent selection of Atari, Intellivision, NES and SNES games, and most of them were being sold at reasonable prices. 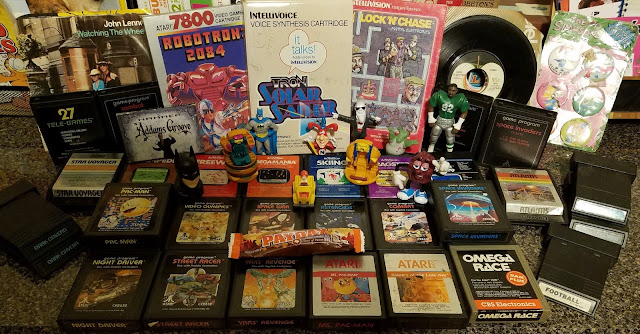 I ended up buying a big ziploc bag filled with loose Atari 2600 carts, a copy of Robotron: 2084, Tron: Solar Sailer and Lock 'N Chase complete in box, a few John Lennon and Beatles 45's, and a couple of old toys that I had when I was a kid.  Also, I couldn't pass up on the MC Hammer single for the song he recorded for The Addams Family soundtrack for a quarter.  Pretty good haul!