Wolfgang Mozart Down The Road That I Must Travel 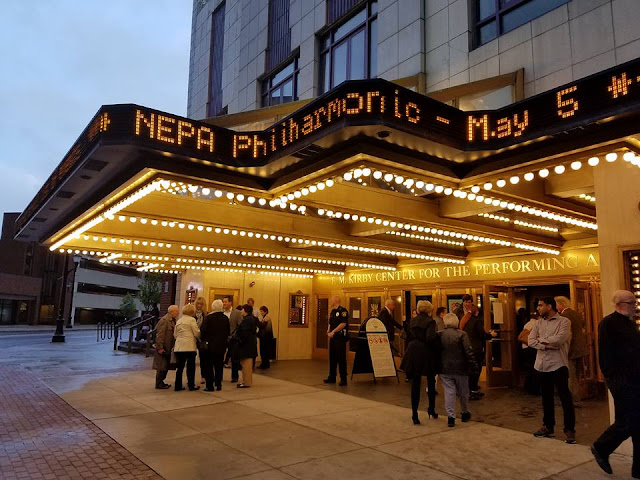 NEPA Philharmonic - Masterworks IV: A Season's Grand Finale
FM Kirby Center - Wilkes-Barre, PA
I had a very nice time at the Kirby Center tonight; however, I made a couple of faux pas that I won't live down any time soon.
The first occurred when we took our seats and I heard music coming from the stage.  I thought we arrived in plenty of time, so I rushed and got settled in.  I'm not at all knowledgeable about classical music, but it didn't sound very good.  After a few minutes, I leaned in whisper to Angie that the music wasn't as good as I hoped it would be.  When she was finished chuckling, she let me know that the musicians were tuning their instruments, and the lights would be dimmed before the concert began.  Whoops. 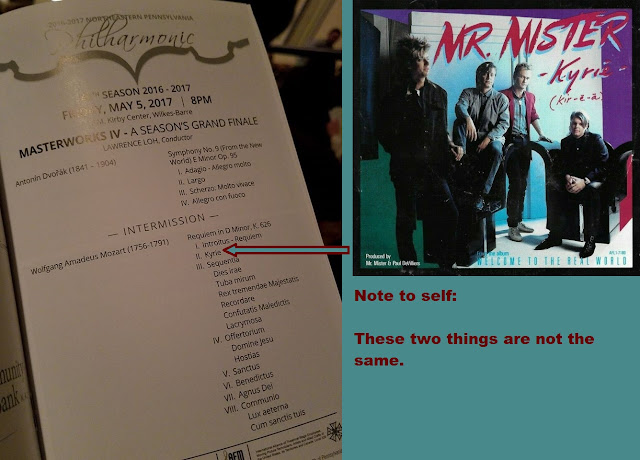 The second happened just a few minutes later while I sheepishly reviewed the program.  The way it was written, I thought that they would be performing Mozart's Requiem in D Minor, and then after that, they were going to perform the list of other songs that appeared below.  I got excited when I saw Kyrie and I told Angie that I was surprised to see that they're doing a modern song.  It was then that I learned that the NEPA Philharmonic would not be performing the 1985 pop song from Mr. Mister, but would instead continue with the second section of Mozart's Requiem, which happens to also be called Kyrie.
You can take the boy out of the 80's, but you can never take the 80's out of the boy.