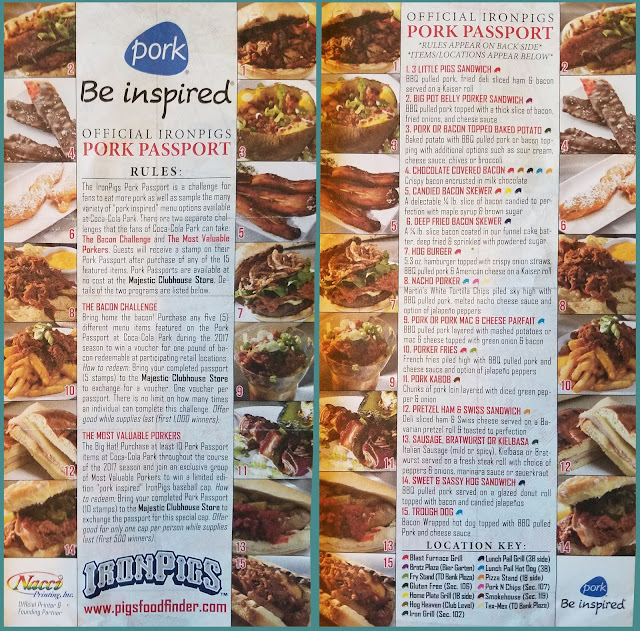 Official Iron Pigs Pork Passport
Coca-Cola Park - Allentown, PA
The Lehigh Valley Iron Pigs are the Triple A affiliate of the Philadelphia Phillies.  They play their home games at Coca-Cola Park, one of the newest and most beautiful parks in minor league baseball.  However, if the sights and sounds of the ballpark aren't enough to get you out to the game, perhaps the Pork Passport will.

Fans are given stamps for their pork passport for every pork item they consume at the ballpark.  For every five pork items that you purchase, you'll be given a free pound of bacon.  After your tenth stamp, you earn the status of "Most Valuable Porker" and a free limited edition baseball cap.

Menu items include a quarter pound of deep-fried bacon, a quarter pound slab of bacon on a stick that has been candied in maple syrup and brown sugar, chocolate covered bacon, pork mac & cheese parfait, and the "three little pigs" sandwich, which includes barbecue pork, fried ham and bacon.

Bring the kids for a night at the ballpark to feast on the meat of your team's mascot and you can return home with a pound of bacon and a swell hat!