Quench Your Thirst With Fire 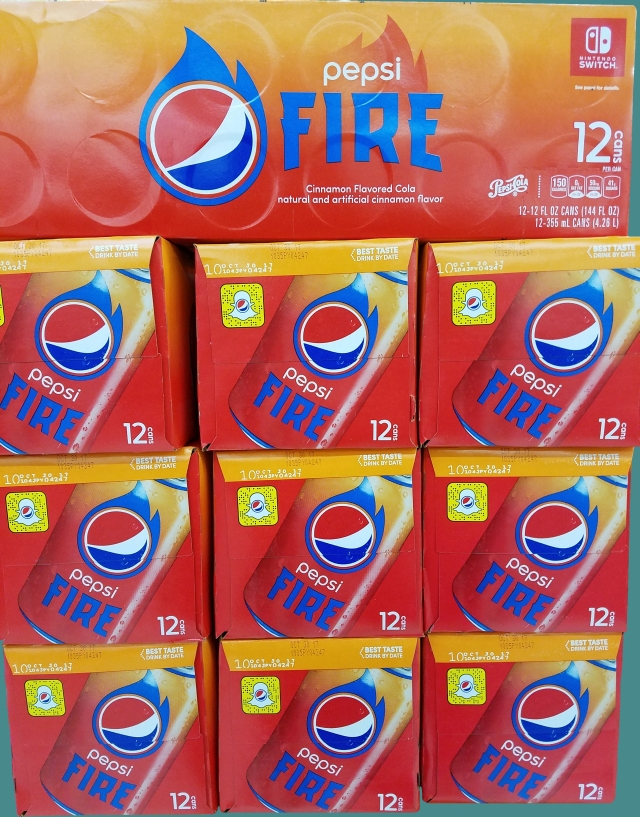 Pepsi Fire
PepsiCo (2017)
Of all the different limited edition flavors that Coke and Pepsi come out with, the ones that use cinnamon are my favorite.  There's something about it that pairs well with cola.  However, from a marketing perspective, I think they're making a mistake by calling it "Fire".  It makes it seem more lik it's supposed to be spicy, like sriracha or Tabasco.
Pepsi is doing a cross-promotion with Nintendo, but you could hardly tell from the packaging.  They really missed a golden opportunity to use Mario's Fire Flower on the cans.  I'm sure more people would have bought it just for that rather than for an opportunity to win a Switch.