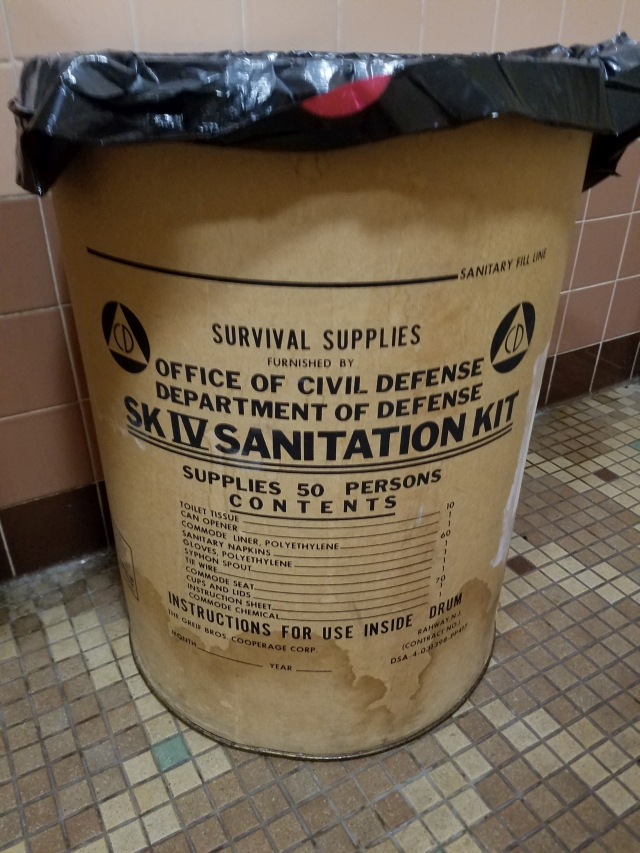 This is the garbage can in the bathroom at the Timeline Arcade in Hanover, PA.  At first glance, I thought this was meant to be a mock-up of the Trioxin barrels from Return Of The Living Dead, but it's even creepier than that.

According to the Civil Defense Museum, the SK IV Sanitation Kit was distributed by the government to community fallout shelters during the 1960's as a preparation for nuclear war.  This kit is packed with enough sanitation supplies to last two weeks for 50 people.  After the supplies are removed, the empty barrel was meant to serve as a chemical toilet.

Thankfully, the Timeline Arcade is equipped with traditional toilets, though the co-ed bathrooms do take a little getting used to.