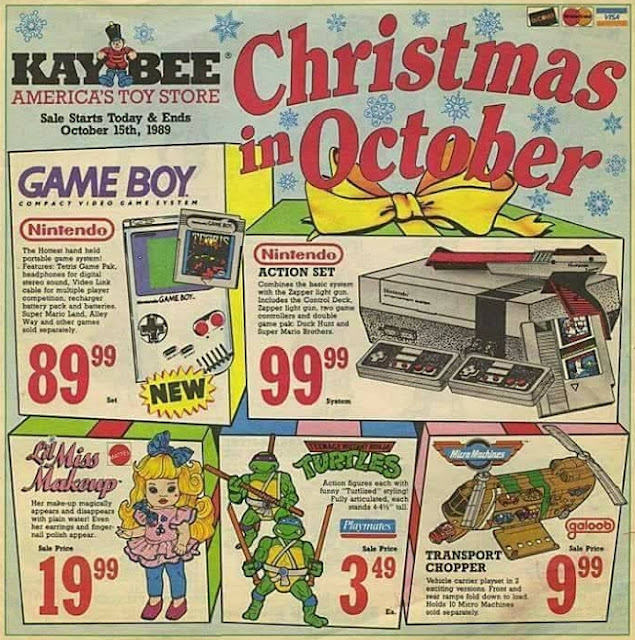 Kay Bee Toys flyer
October, 1989
This sale from 28 years ago was distributed only a couple of months after the Nintendo Game Boy was introduced in the United States.  Prior to the Game Boy, the portable game market was dominated by LCD games from companies like Tiger Electronics, and even those who worked at Nintendo weren't convinced that it would be a success.  Before the end of its life cycle, the Game Boy would go on to sell over 118 million units.