A Musical With A Splatter Zone 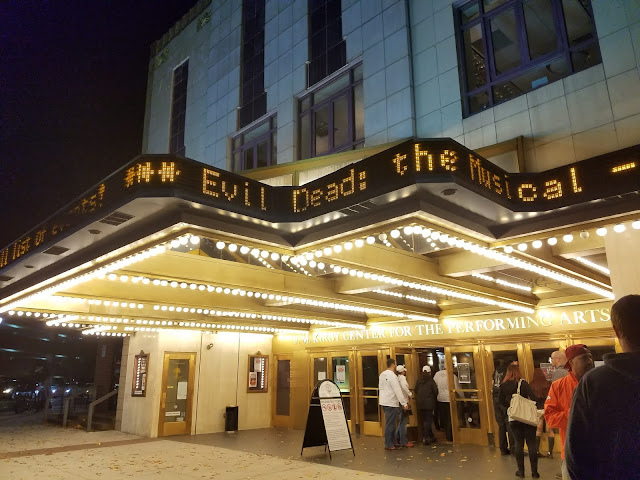 Evil Dead: The Musical
FM Kirby Center - Wilkes-Barre, PA
I first heard about Evil Dead: The Musical about ten years ago and always wanted to see it, but I didn't have the opportunity until now.  It exceeded my already high expectations in every way.  I can't remember the last time I enjoyed a musical this much.  The Wedding Singer is the only thing that even comes close.
It's the first live show that I've been to that has a Splatter Zone.  Unlike Gallagher, you're not getting hit with pieces of flying watermelon at Evil Dead: The Musical - you're getting drenched in gallons of blood from the limbs that are being chopped off on stage.  They play it a lot like the old Shaw Brothers kung fu films, with a comical amount of blood shooting like a fountain out of the victim.  We were sitting just a couple of rows back from the Splatter Zone range.  Most of the folks sitting in those rows either had plastic tarps to cover them, or were wearing plain white t-shirts, or both.  The few who weren't very likely regretted their lack of preparation. 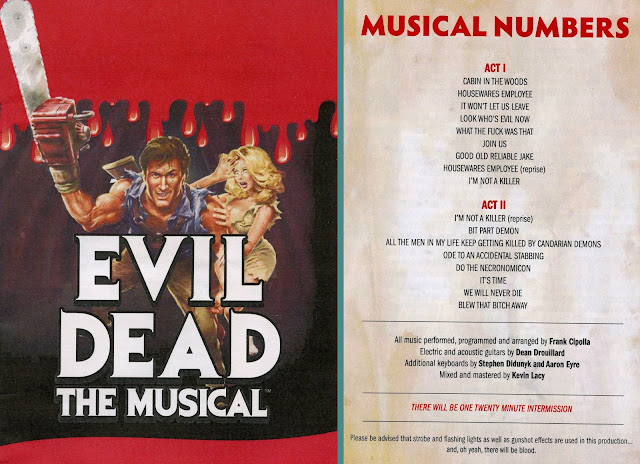 The entire show was hysterically funny from start to finish, and the music was surprisingly catchy.  It'll be a long time before I manage to get "Do The Necronomicon" out of my head. 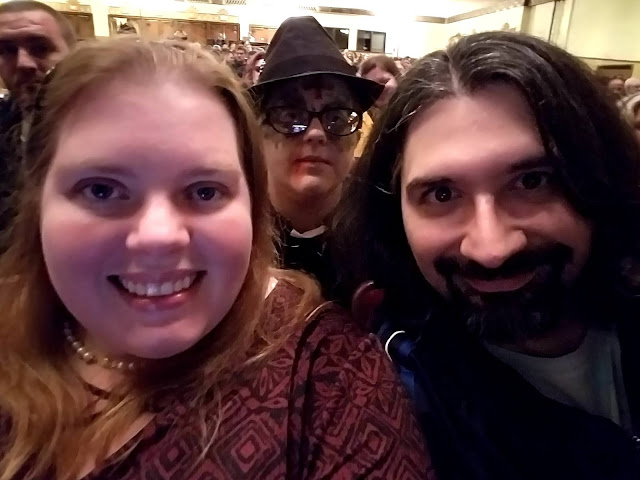 The audience had a Rocky Horror vibe to it with lots of folks showing up in costume.  This includes the creepy ass dude who photobombed my wife and I before the show.  Whoever you are, dude, I ain't even mad.  You've got a groovy costume! 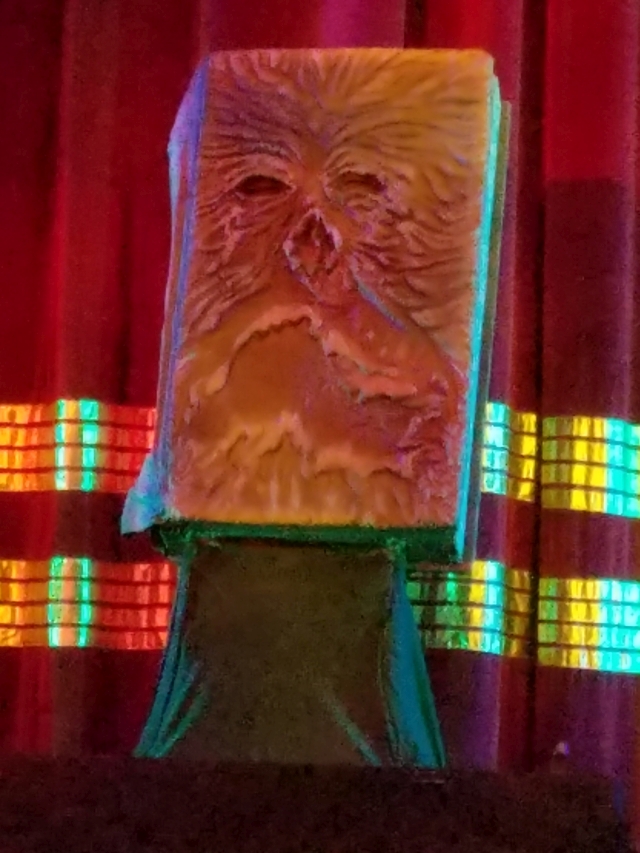 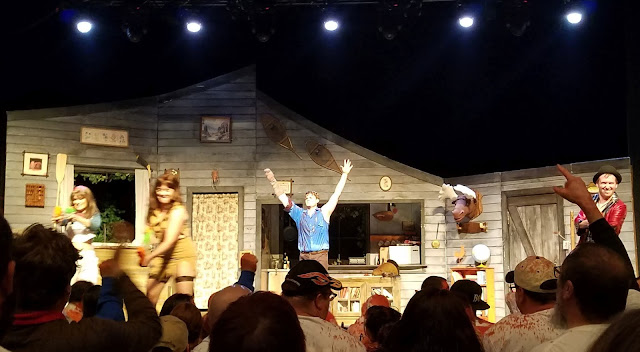 I didn't take too many photos of the show, both because it was prohibited and because I didn't want to watch it from the lens of a smartphone.  When we first walked in, the Necronomicon was sitting ominously on the stage. as shown in the top photo.  The bottom photo is from the very end of the show, by which point the cast has taken to using Super Soakers filled with prop blood with a target on anyone who managed to stay clean and dry.