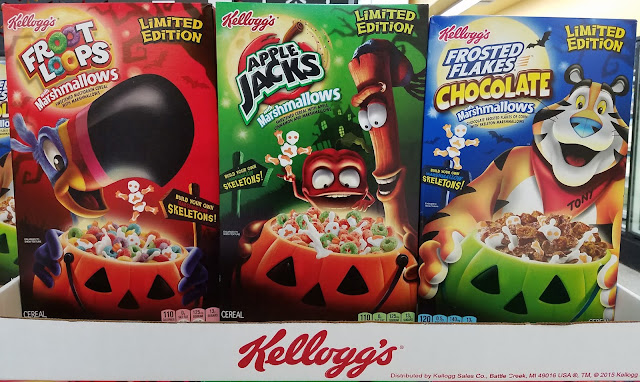 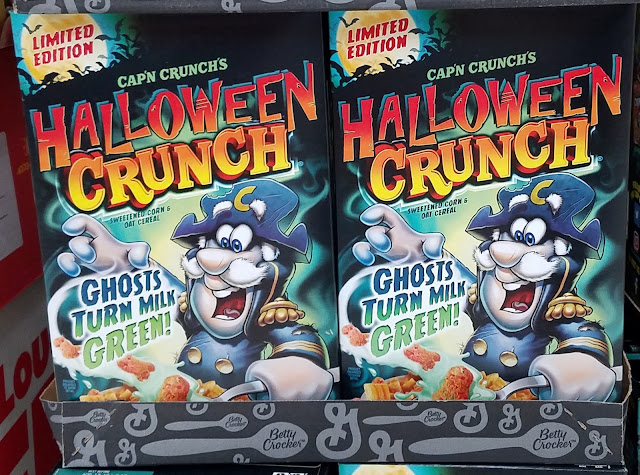 Not to be outdone, General Mills has released Halloween Crunch, which is a variation of Captain Crunch.  These don't have any added marshmallows, but they do have special ghost cereal pieces that turn your milk green.  They really missed out on having the Cap'n at the helm of a ghost ship on the package, but it's still a pretty cool idea.