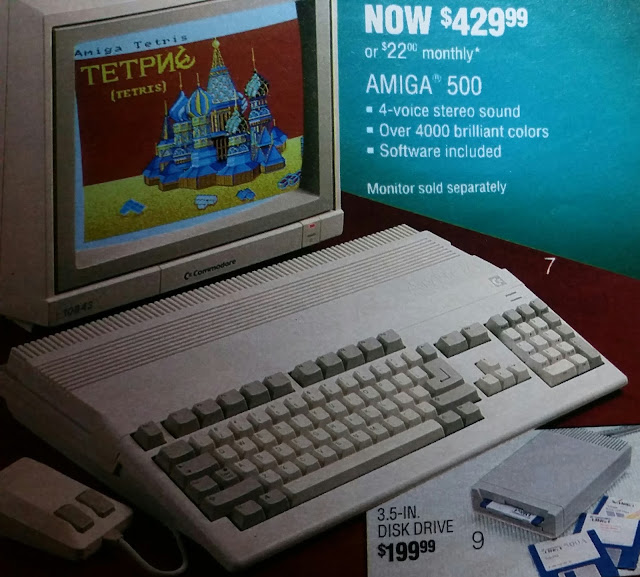 Tetris
Spectrum Holobyte (1988)
Tetris was created in 1984 by Soviet programmer Alexey Pajitnov.  It didn't become a household name until Nintendo acquired the license to port it and pack it with the new Game Boy system.  However, in the years before Nintendo, many different versions of Tetris found their way to consoles and computers across the world.   One of the first was an Amiga port by Spectrum Holobyte, which included Russian imagery and music that became synonymous with the game.