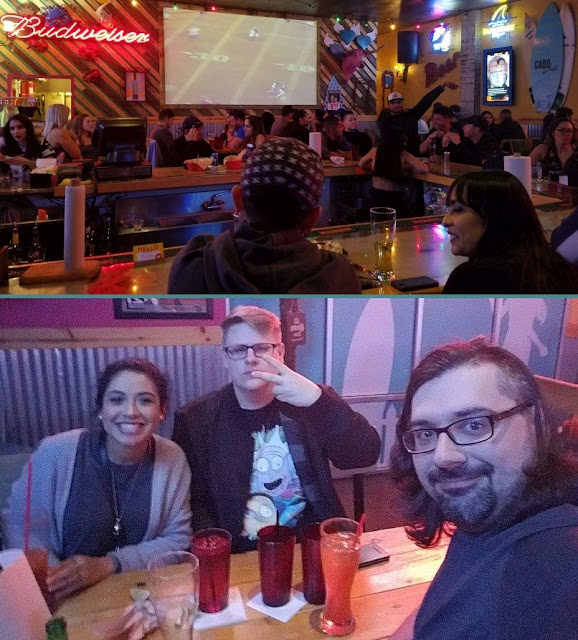 Cabo Joe's
1700 North Zaragoza Road - El Paso, TX
I met up with some of my colleagues to watch Nick Foles and the Eagles stomp the Vikings in the NFC Championship game.  Naturally, I wasn't going to pass up a chance to eat some tacos.  On Melanie's recommendation, I also tried elotes for the first time - corn on the cob coated and grilled with chipotle mayonnaise and topped with fresh cheese.  I'm not generally a big fan of mayo, but they were delicious! 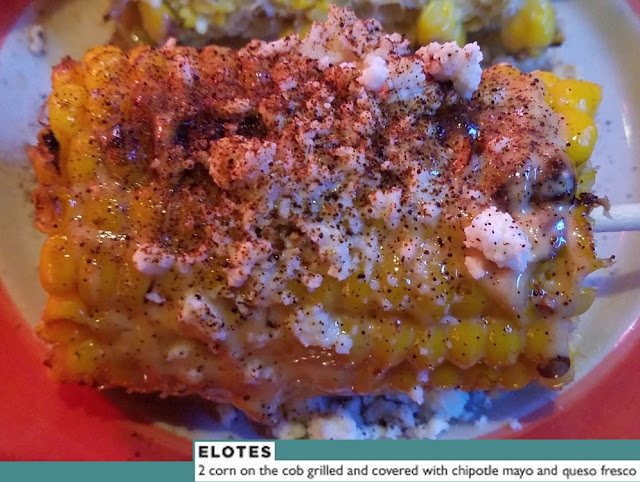 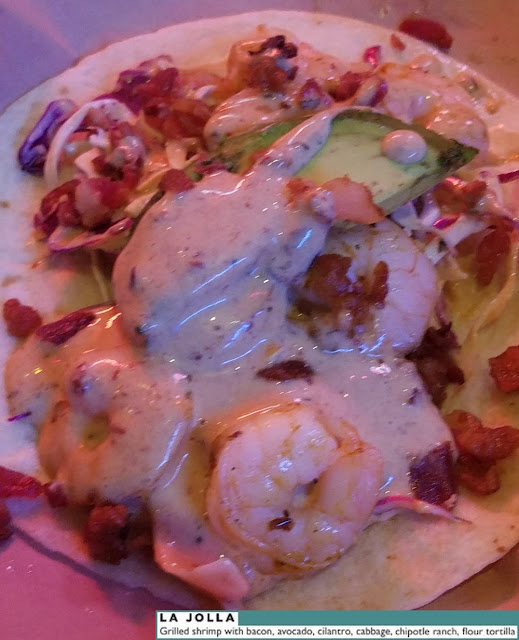 This all feels like a crazy fever dream.
If you could go back in time and tell my younger self that I would be drinking in a Texas bar and watching the Eagles win a game to put them in the Super Bowl, I probably would have said that this scenario is highly unlikely.  If you were to tell me that literally the entire bar would be cheering for the Eagles, I would have thought you were a lunatic.  But, here I am, and the Texans you see in the photo at the top of this post were all loudly and proudly rooting for the Eagles.  I swear, I almost expected them to break out into a chorus of Fly Eagles Fly.