The Shark Was Easier To Believe 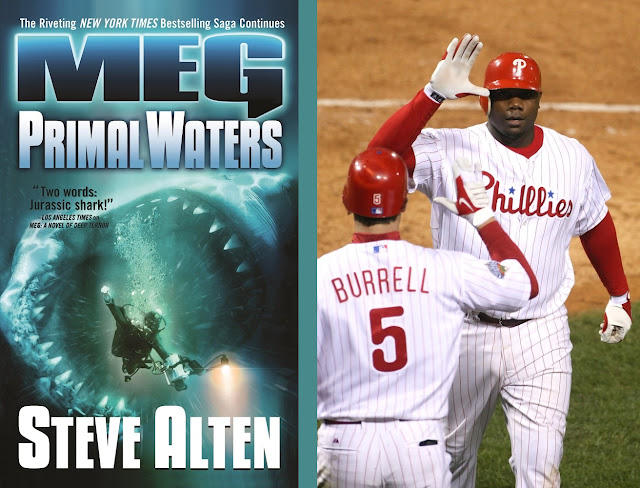 MEG: Primal Waters
Steve Alten (2004)
Temple graduate and Phillies fan Steve Alten wrote a series of sci-fi novels about a 70 foot megalodon shark in the South Pacific.  Dan McQuade of Deadspin recently pointed out that the story, which is set in 2019, includes a scene in which Pat Burrell passed Barry Bonds to break the all-time home run record.

The author tried to give Pat a signed copy of the book.  Unsurprisingly, Pat was a jerk about it and refused to accept the book.  That might be why the subsequent paperback release was changed to feature Ryan Howard hitting the epic home run in question.  It doesn't explain why he's given the name Perry Meth to the Giants right fielder.