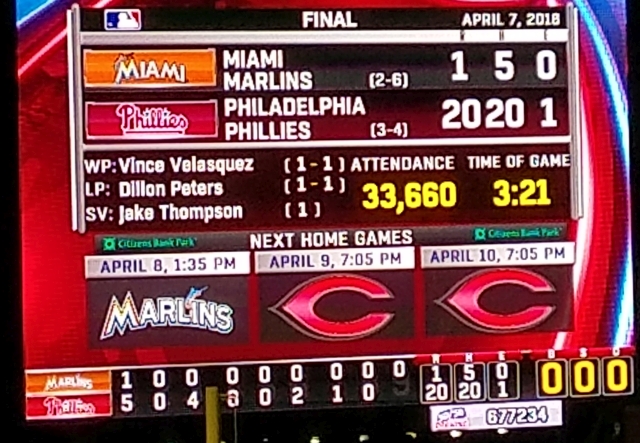 I wasn't able to make it to the home opener on Thursday, but I made it to the seventh game of the season, which was the second game at Citizens Bank Park this this year.  Thankfully, it all worked out when the Phillies put up twenty runs against the Marlins.  That's one more run than they've scored in the first six games of the season combined. 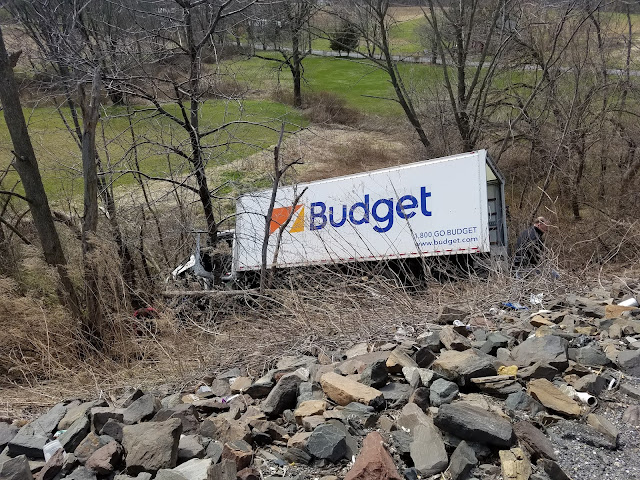 The action started on the turnpike before we got to the ballpark.  About halfway to Philly, a Budget Rent-a-Truck that was about 100 yards in front of my car started swerving and then drove through the left guardrail and over the embankment before crashing into a tree.  A bunch of cars (myself included) pulled over to report the accident and to offer assistance.  Thankfully, the driver had no passengers and he seemed unhurt, but I hope for his sake that he took the extra insurance when he rented the truck. 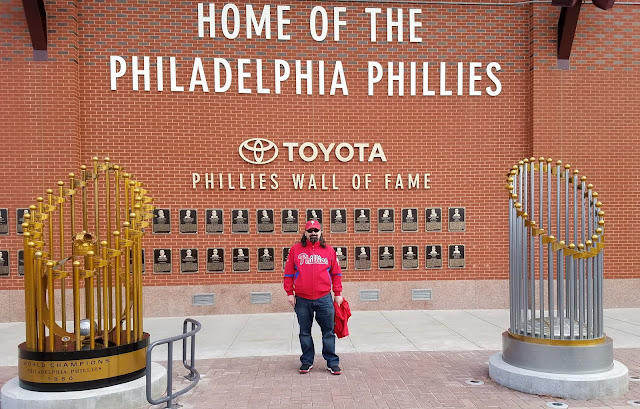 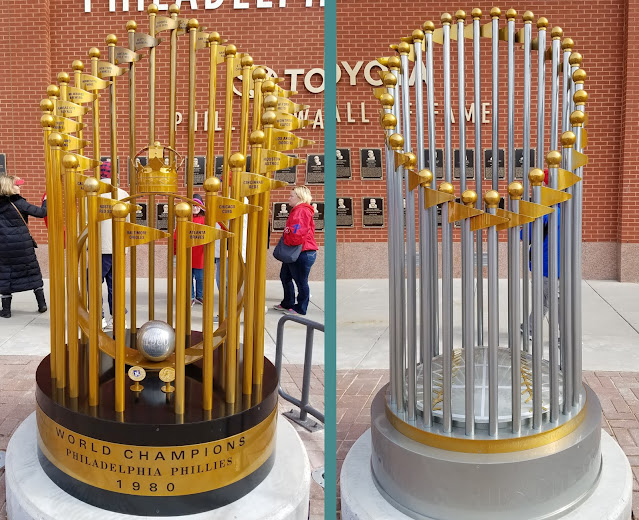 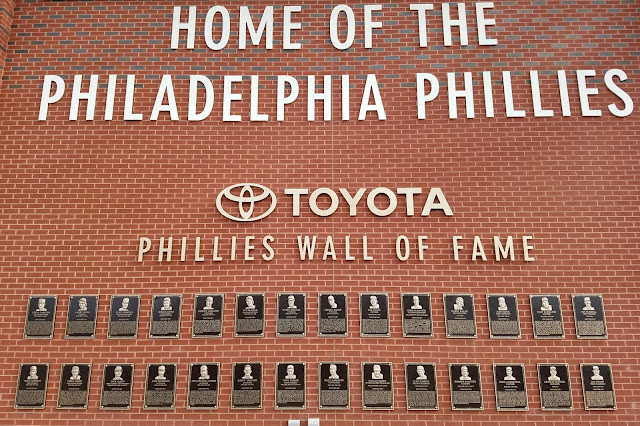 They did some remodeling at the ballpark since last season.  I like the giant World Series replica trophies from 1980 and 2008, and I'm not opposed to the fact that they moved the Wall Of Fame to the wall inside the left field entrance as you walk in.  However, I was extremely disappointed to see that they've removed the franchise timeline from the walls near the bullpen on Ashburn Alley.  It was an incredible display.  You could easily lose an hour looking at all of the photos and reading the captions of the most memorable moments and players in Philadelphia history.  If it has been relocated to somewhere else in the ballpark, I haven't been able to find it.  I really hope that they didn't just get rid of it. 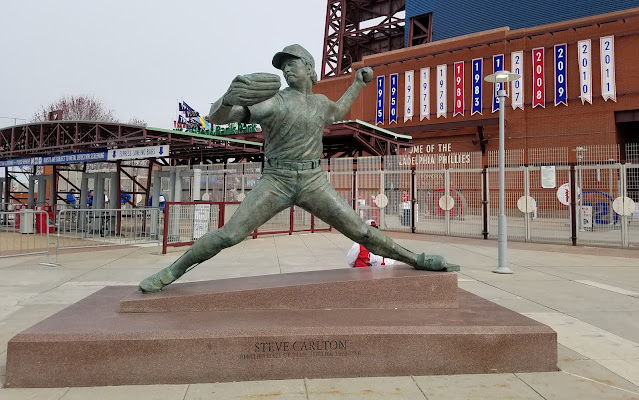 I hate to be overly negative, but I also wasn't too crazy about the giant number statues that are now scattered around the ballpark.  I thought they looked kind of looked cheap and tacky, especially in contrast to the beautiful statues of the players that have been standing for years.  Maybe it's just me, I don't know, but I think they detract from the beauty of the park. 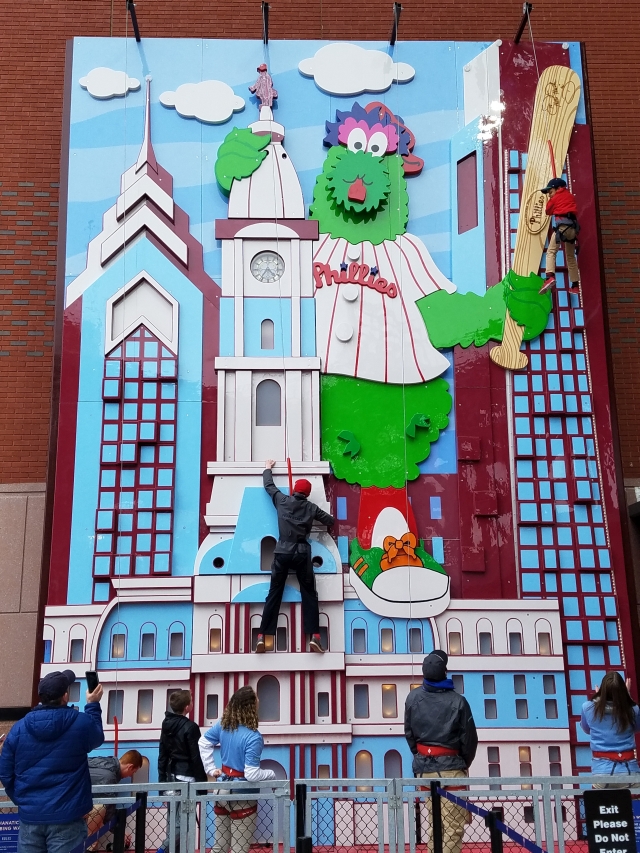 There's a whole new section of the ballpark called The Yard.  It's a pretty large play area set up on the right field side of Ashburn Alley.  It includes a climbing wall (above), a wiffle ball field that looks like a mini replica of Citizens Bank Park, and a hot dog cannon shooting gallery.  If this was around when I was a kid, I would have been running around this place like a crazy person. 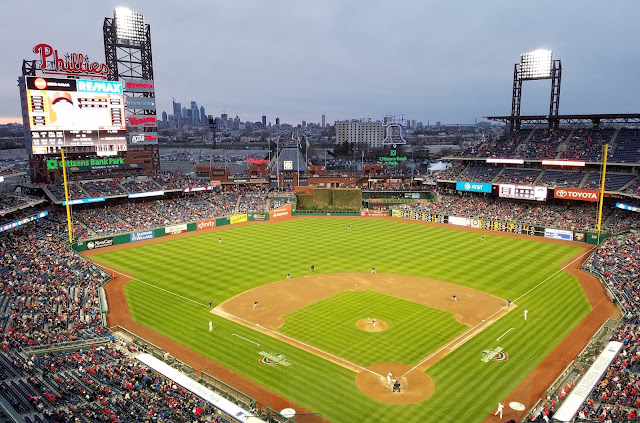 As for the game itself, I really couldn't have asked for a better performance from the hometown 9 in my first game of the season.  Vince Velasquez allowed one run on a wild pitch, but he handled the Marlins easily for the rest of the game.  Vinny gave up four hits and a walk, and he struck out 6 batters in six innings of work.  Jake Thompson came in to pitch the final three innings, giving up one hit and somehow walking away with a save despite the lopsided score.
Speaking of the score, the Phillies offense was the story of the game.  Good lord, twenty runs on twenty hits!  Grand slams from Maikel Franco in the 1st and Aaron Altherr in the 3rd.  Another three run homer from Carlos Santana in the 4th, and a solo shot off the bat of Jorge Alfaro in the 7th.  RBI doubles from Franco, Rhys Hoskins and Scott Kingery.  Every Phillies bat in the lineup had at least one hit except for relief pitcher Jake Thompson, including 3-5 nights from Odubel Hererra and Jorge Alfaro.  This was a flat out dominant performance from a team of young, hungry talent.  I expect big things from the Fightin's this season. 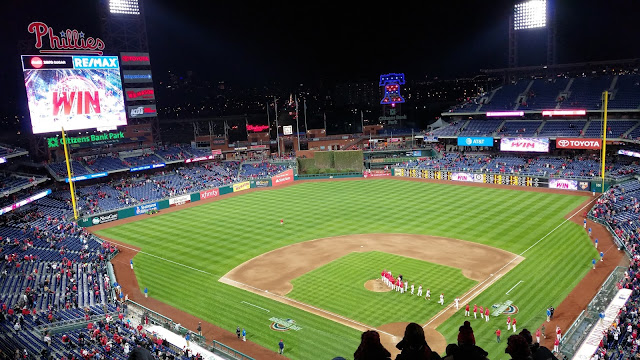 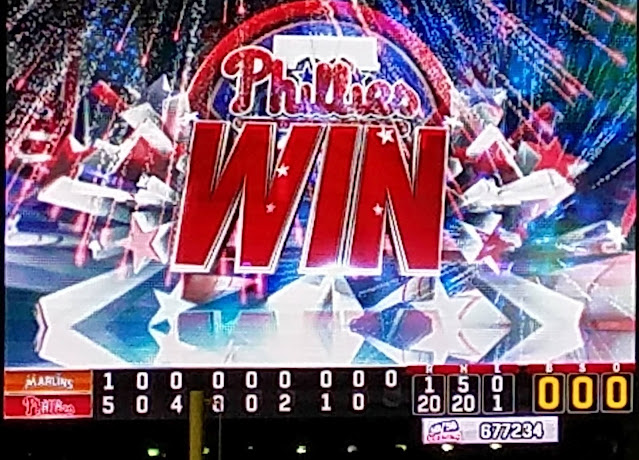 It's always nice to hear Harry Kalas singing when you walk out of the ballpark, but this time was especially great.