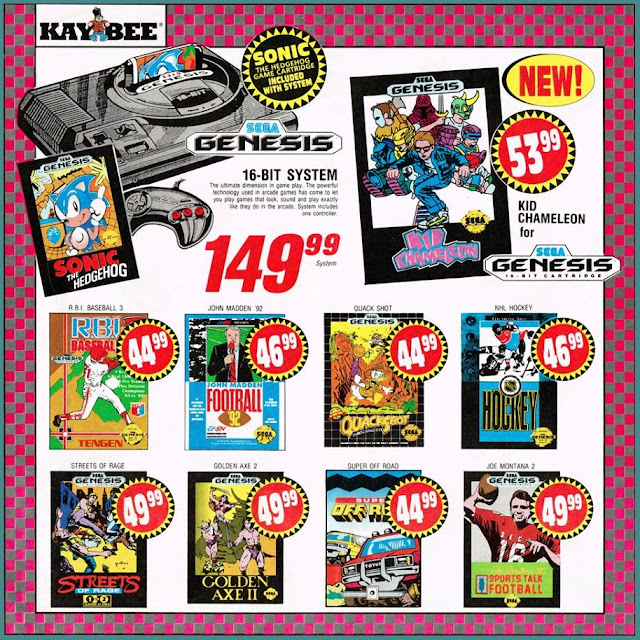 Kay-Bee Toys (1992)
Sega Genesis
This flyer is likely to be from late May or early June, 1992.  Kid Chameleon was released on May 28th that year, and it's price suggests that it was a new title at the time that this was printed.  Back then, I had a Sega Genesis, and I played Sonic The Hedgehog and Golden Axe II almost every morning before school.  Years later, I would add used copies of Kid Chameleon, Quackshot and Streets Of Rage to my game library.