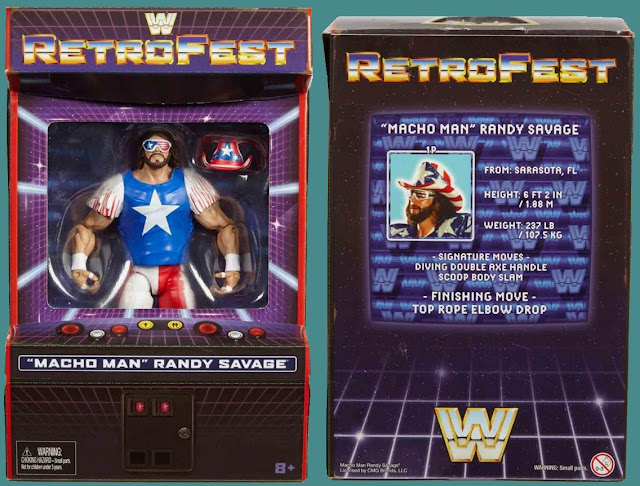 WWE RetroFest
Mattel (2018)
Earlier this year, Mattel has released a line of WWE action figures designed after the wrestlers that are featured in the WWF arcade games of the 80's and 90's.  The packaging for the series has been designed to look like a vintage arcade cabinet with a simulated screenshot of the game with the wrestler's profile.

The figures themselves appear as the wrestler's did in the player select screen of their respective games.  Three wrestlers are currently available: "Macho Man" Randy Savage and The Honky Tonk Man from the 1989 game WWF Superstars, and Shawn Michaels, who to the best of my knowledge did not appear in an arcade game until he took on his Heartbreak Kid persona, but who has been presented in this toy series as one half of The Rockers.