The Bloomsburg Fair In The 80's 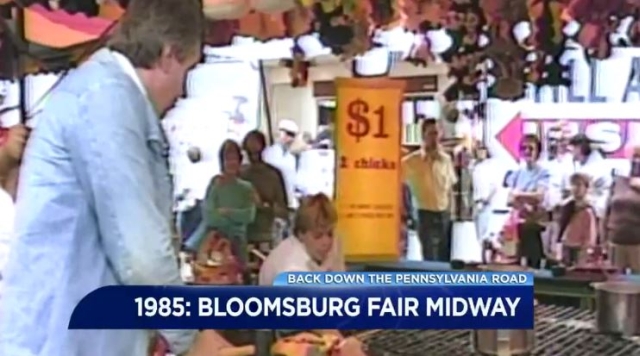 Bloomsburg Fair (1985)
WNEP Newswatch 16 shared a few minutes from their coverage of the 1985 Bloomsburg Fair.  It includes footage of the Two-For-A-Buck Chicken Chuck game, as well as fairgoers shooting Michael Jackson and Joe Paterno in the face with paintballs in the shooting gallery.

The video also features tinsel wigs, and a vendor named Manny shouting at a loudspeaker to invite customers to "get down, get funky and buy some rock and roll shirts".  In other words, all of the awesomeness of the Bloomsburg Fair in the 80's.  Click here to watch.