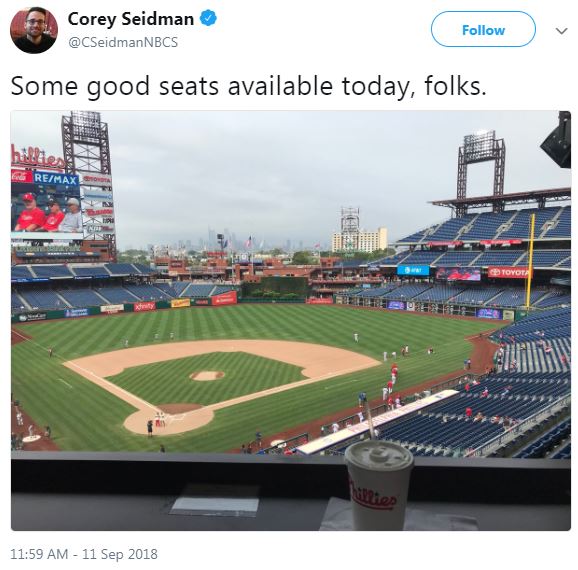 Philadelphia Phillies vs. Washington Nationals
Double Header - Game One
It was estimated that only 500 fans were in attendance when Nick Pivetta threw his first pitch in the first game of the double header.  I'm happy to say that I was not one of them, as the Phillies would go on to lose both games.  For a team that was in first place at the All-Star Break, this is likely going to be remembered as the final nail in the coffin of our 2018 season.