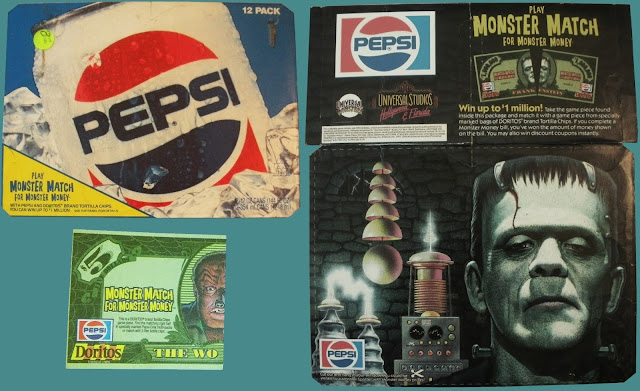 Pepsi Monster Match (1991)
This was a pretty cool promotion.  Every pack of Pepsi or bag of Doritos contained half of a Monster Money bill.  If you matched both halves, you won a prize.  The grand prize was if you matched the Frankenstein Monster Money to win a million dollars.

The coolest part was that the back of every carton of Pepsi had an awesome horror monster poster.  I don't remember this part, but according to the bottom left corner of each of these, there was a second contest where you could win prizes if you hung these posters in your window if they were seen by a "Monster Spotter".