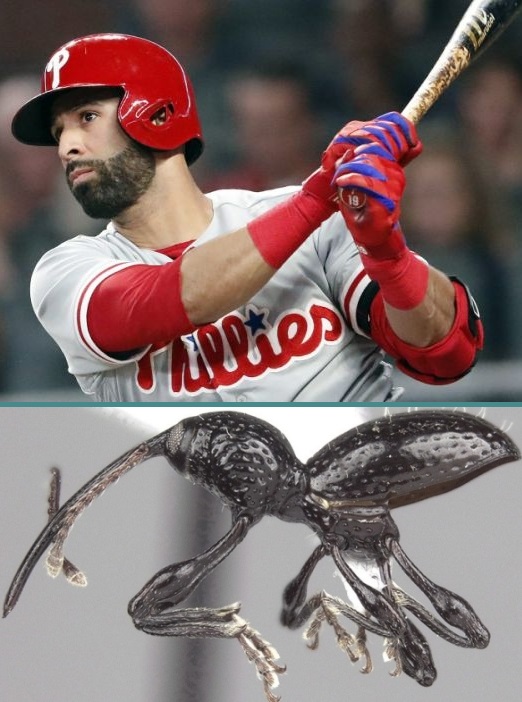 Sicoderus Bautistai
Entomologist Bob Anderson of the Canadian Museum of Nature has discovered a new species of weevil and has named it after Phillies outfielder José Bautista.

Anderson is a Blue Jays fan who has named over a hundred different species of weevil in his career.  He was inspired by Bautista's 2015 ALDS home run off of Rangers pitcher Sam Dyson that sent the Blue Jays to their first ALCS since 1993 (when they went on to beat the Phillies in the World Series).