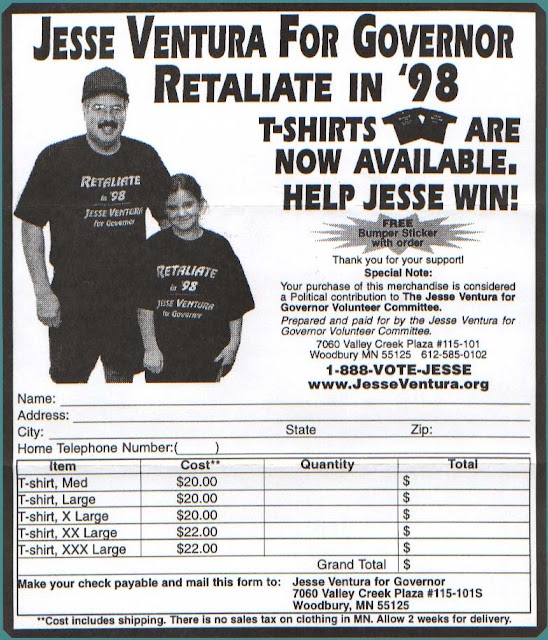 Throughout my childhood, Dad and I often watched wrestling together.  One of our favorite performers of all time was Jesse "The Body" Ventura.  He always took the bad guy's side, but unlike so many of the other heel commentators, his arguments for defending their actions was usually plausible.  I used to love when he'd say "Come on, Gorilla!" in an exasperated tone when Monsoon would say something positive about Hulk Hogan.

Twenty years ago, this former Navy SEAL, professional wrestler, actor and mayor was elected to serve as the 38th Governor of Minnesota.  Earlier in the year when I found out he was running for governor, I rushed downstairs to tell Dad.  Before the day was over, we ordered two of these shirts and wore them proudly.  I'm from Pennsylvania so I couldn't vote for him, but I was happy that our t-shirt order helped to contribute to his campaign and his victory.