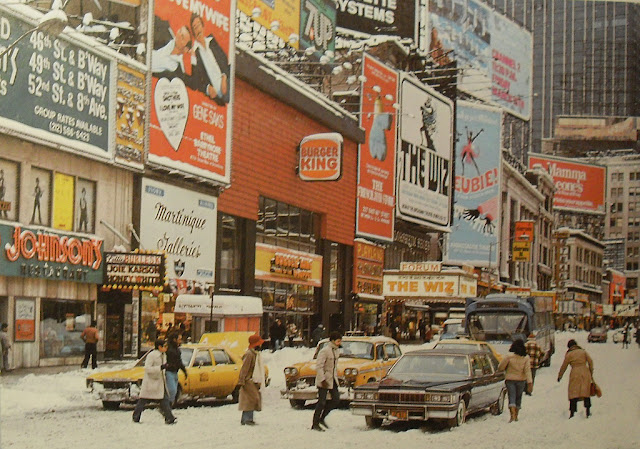 Times Square (1978)
New York, NY
This photo was taken after a snowstorm in 1978.  Howard Johnson's restaurant is on the far left hand side.  It was an iconic location at 46th and Broadway that originally opened in the 1940's before becoming Howard Johnson's in 1959.  I had dinner there once in the early 2000's and it was truly a living time capsule.  It remained in business nearly unchanged for decades until it finally closed in 2005.

To the right of the restaurant, you can see a billboard for The Smother's Brother in I Love My Wife on Broadway.  Also, The Wiz is showing at the Forum Theater on the other side of Burger King.