The Strangest Breakfast Cereal Of The 80's 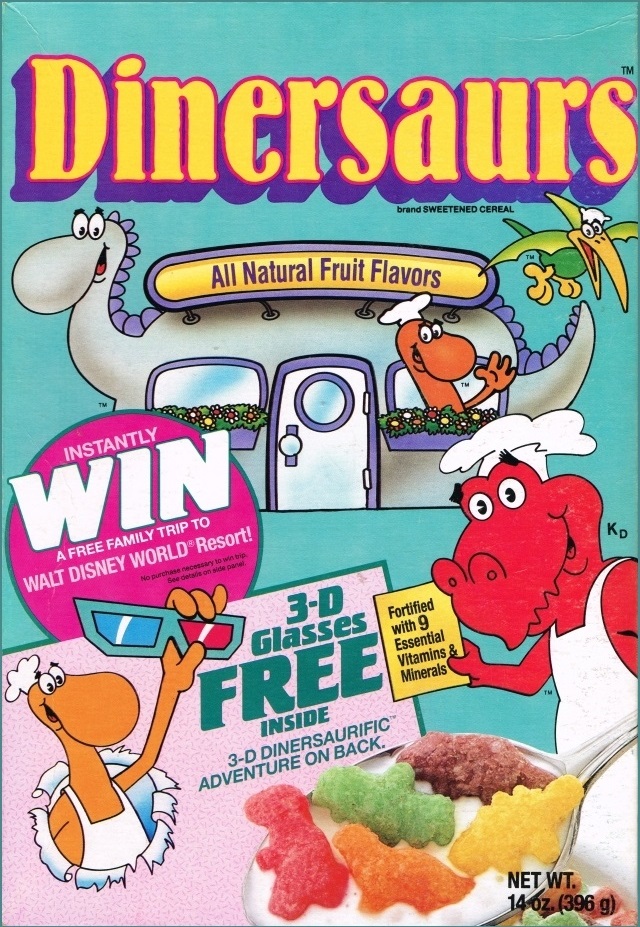 Dinersaurs
Ralston Purina (1988)
I don't know what hallucinogens the product development team at Ralston was on when they came up with the concept for Dinersaurs, but it must have been pretty good stuff.  This breakfast cereal was themed around a diner that's by T-Rex, Stego Stan, Buddy Brontosaurus, Terry Pterodactyl and Sara Triceratops.  They're sometimes joined by their friend, Denver The Last Dinosaur, whose presence with five other members of his species really calls into question his status as the last of his kind.

If a group of dinosaurs running a diner isn't a strange enough theme for a breakfast cereal, the restaurant itself appears to be operating inside the body of another dinosaur who seems all too happy to have had a door and windows installed in his side.  Happy breakfast, kids!