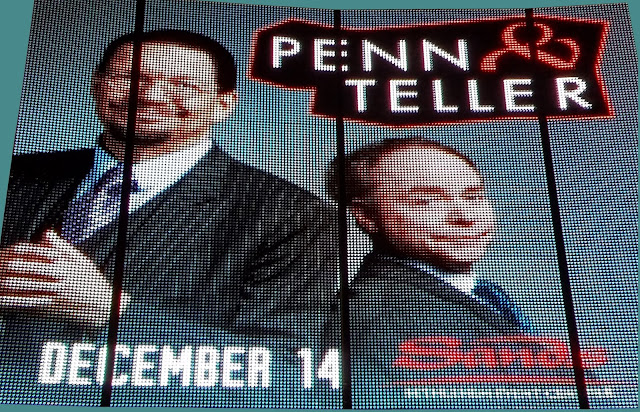 Penn & Teller
Sands Casino - Bethlehem, PA
Dad, Trish, Angie and I went to see Penn & Teller perform at the Sands Bethlehem Event Center earlier today.  I've been a fan of Penn & Teller since I first watched their series on Showtime and I've always wanted to see them.  The show was a hell of a lot of fun.  Teller did an incredible magic trick with a fish tank and change that he turned into fish that was especially fun.

At we were walking into the show, we saw stations set up that invited you to take four playing cards and a cup.  Penn Jillette ended the show by doing an interactive trick with everyone in the audience, where he had us mix up the cards a bunch of times, rip them in half, put one half of one card on our chest near our heart, mix them up some more, exchange cards with each other, and then toss cards one at a time into the cup until we have only one left. Sure enough, the half card I had left was the other half of the one that was on my chest.  I have no idea how in the world that worked, but it was a lot of fun!

After the show, Penn and Teller hung out in the lobby taking photos and signing autographs with pretty much everyone in attendance.  Dad accidentally photobombed our pic with Mr. Teller (he's in the top right corner), which makes the photo that much more awesome.  He and Penn Jillette also autographed the Jack of Diamonds, which was the card that I had that matched in their final trick of the night. 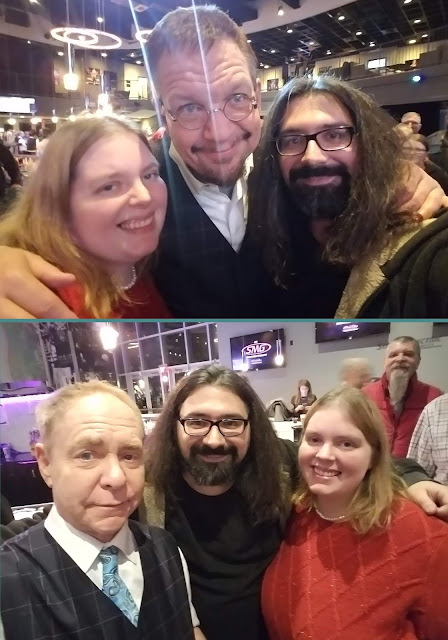 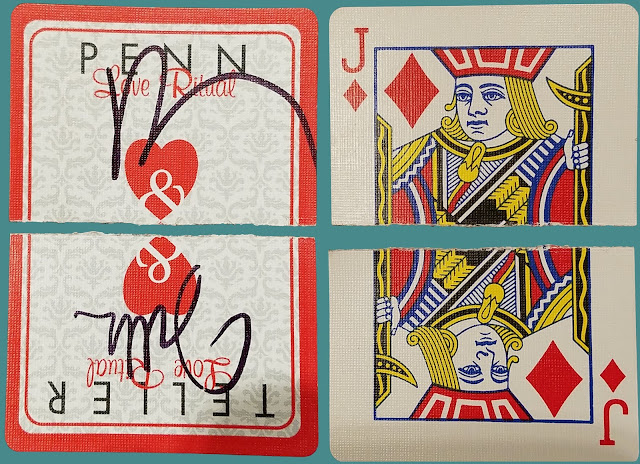