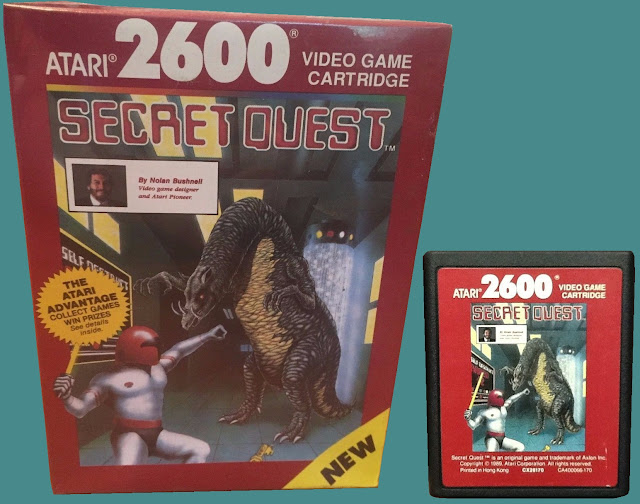 Secret Quest (1989).
Atari 2600
Programmed by Steve DeFrisco
Thirty years ago, the last officially licensed Atari 2600 cartridge to be released in North America hit store shelves.  Although it was very advanced for the console, it went almost completely unnoticed at the time, as the majority of Atari consoles in homes were kept in a box in the attic or basement in favor of the Nintendo Entertainment System.

Secret Quest is a space-themed game inspired by The Legend of Zelda, though it plays more like an advanced version of Adventure.  It's not an expensive or rare cartridge, and it pops up on compilations and Flashback plug-and-play machines from time to time, so it's accessible and worth playing.