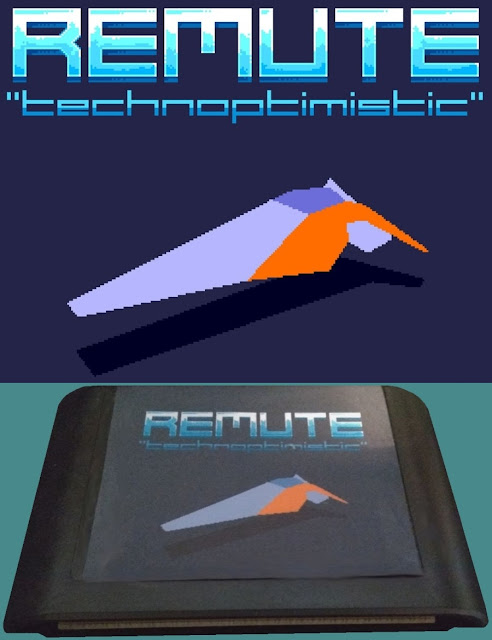 Technoptimistic (2019)
Remute
Serbian techno artist Remute has a history of using creative media to release his music.  With the philosophy that "floppy is the new vinyl", his 2017 album, Limited, was released on a 3.5" floppy disk.  His follow-up album, Technoptimistic, is scheduled to be released on March 22nd on a Sega Genesis cartridge.

The upcoming plug-and-play techno album will be region free and will play on any model Sega Genesis or Mega Drive console, though Remute has said that it will sound the best on the original 1988-1990 model.  Samples of the new music have been added to Remute's Bandcamp channel.