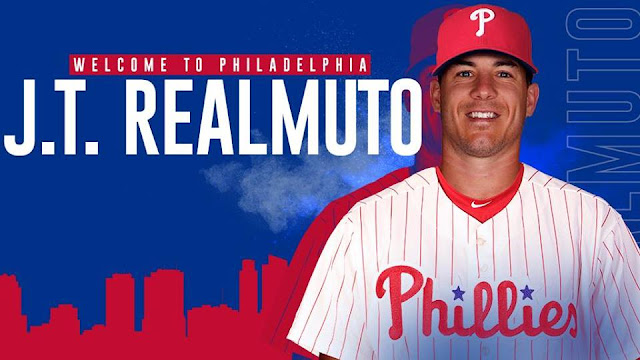 Just a few hours ago, it was announced that the Philadelphia Phillies have acquired the best catcher in baseball by trading Jorge Alfaro, Sixto Sánchez and Will Stewart to the Miami Marlins for J.T. Realmuto.

It seemed like the Phillies had been chasing after the replacement for Carlos Ruiz since 2012 when the Phillies traded Hunter Pence to the Giants for Tommy Joseph.  Injuries moved Joseph to 1B and the team turned to Cameron Rupp and Andrew Knapp.  By the summer of 2015, the team was able to land catching prospect Jorge Alfaro (among others) from the Rangers for Cole Hamels.  I had high hopes for Alfaro, but I feel like he was rushed to the big leagues, as he struck out a lot and seemed to have trouble with passed balls.  With this trade, the Phillies have put an end to their search for a catcher.  Realmuto is 27 years old (only two years older than Alfaro) and is signed through the end of the 2020 season.  He is a proven talent, both offensively and defensively, and I have every expectation that the Phillies will try to extend him for at least a few more years.

The criticisms I've heard about this trade center around Sixto Sánchez and whether or not the Phillies overpaid for Realmuto.  It reminded me of the fans and writers who wondered if the Phillies would regret giving up Kyle Drabek in the trade that brought Roy Halladay to Philadelphia.  Sixto is young and has a lot of potential, but I'm not convinced that he's the next Pedro Martinez, as some sports writers and scouts have suggested.  He has yet to pitch above the Florida State League, and he's had some pretty serious elbow injuries that cost him nearly all of the 2018 season.  The last I heard was that they kept him out of the Arizona Fall League due to a setback in his recovery.  He may recover and develop into the ace that Miami is hoping he'll become, but it's just as likely that he'll be another Kyle Drabek who the Phillies were able to trade while he still has value.  If he were pitching for Lehigh Valley, or if this was just a short term rental on Realmuto, I may have felt differently, but Sixto is a long way from the major leagues, and quite frankly, his health may keep him from a major league rotation altogether, let alone to become the next Pedro Martinez.

I could not possibly be happier about the way this winter has been shaping up.  By trading guys like J.P. Crawford, Jorge Alfaro and Sixto Sánchez this winter for All-Star caliber MLB talent, the Phillies are making bold moves that demonstrate a desire to win now, and to put and end to the "wait-and-see" prospect watch that has dominated much of the decade.

Also, a certain target of the Phillies front office this winter just so happens to be a big J.T. Realmuto fan.  Hmmm.... 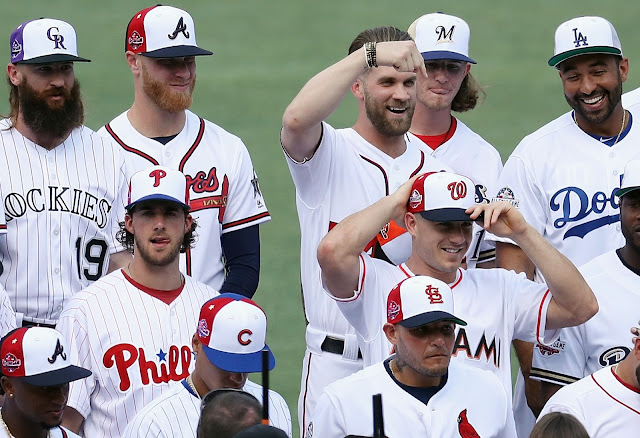