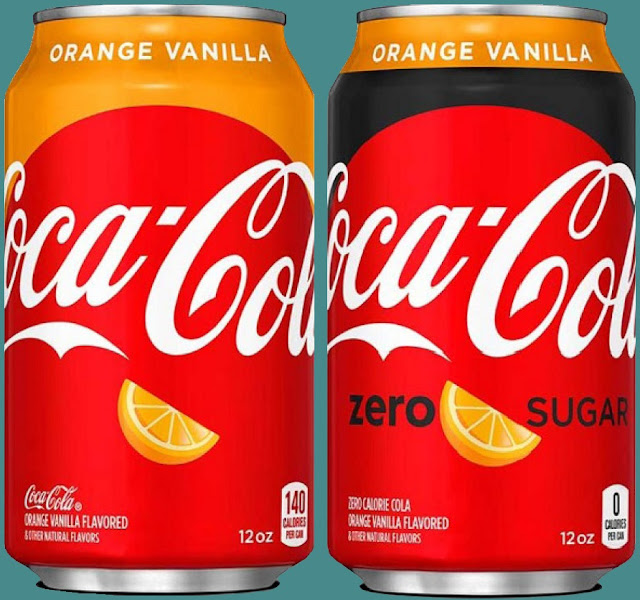 In January, I tried four new spicy, fruit flavors of Diet Coke.  In February, two additional non-spicy fruit flavors were released.  None of them impressed me too much.  The flavors weren't very strong, and thin, Red Bull size silver cans were dull and generic looking.

They made the right move with Orange Vanilla Coca-Cola.  First of all, it's in a regular sized can that you can drink without feeling like a hipster doofus.  Secondly, it's not in a lifeless, boring silver can.  Coke is red and Pepsi is blue.  That's just how it is.  This flavor comes in two version, regular and Zero Sugar, and even the latter is red behind the Coca-Cola logo.  On a side note, I have no idea why Coke feels the need to have two separate product lines for "Diet" and "Zero Sugar", but I digress.

The most important thing is that Orange Vanilla Coca-Cola tastes good.  It's reminds me of a Coca-Cola Creamsicle - very refreshing.  It would have been excellent to enjoy on a hot summer day, but it's only available for a limited time - from March to May.  I guess I'll have to stock up for July.