The Master Of The Five Count 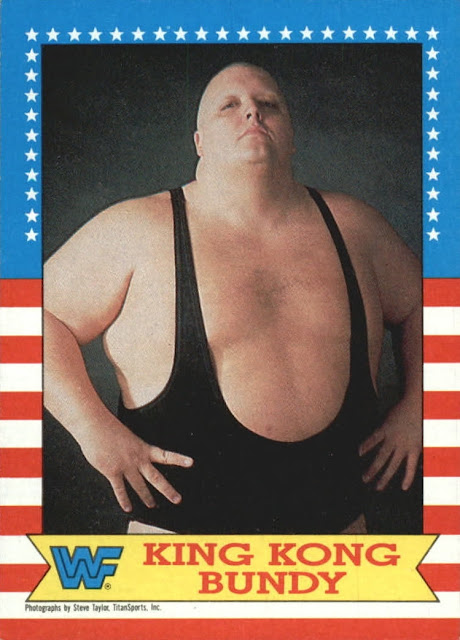 Professional wrestling legend King Kong Bundy passed away yesterday afternoon at the age of 61.  News of his death was shared by longtime friend and promoter David Herro.

He'll always be remembered for his feuds with Andre The Giant and Hulk Hogan, the latter of which culminated in a cage match at the main event of Wrestlemania 2.  He was one of the best big men in the business, and he was remarkable on the mic, drawing fans in with humor and cool bad-guy swagger.

Bundy retired from the ring in 2007 after a lengthy tour of independent promotions, but remained active with fans at shows, conventions and online ever since.  In fact, three hours before his passing, Bundy shared a tweet to promote his upcoming scheduled appearance at Wrestlecon this April.

The big man from Atlantic City will be missed.  Rest in peace, sir.