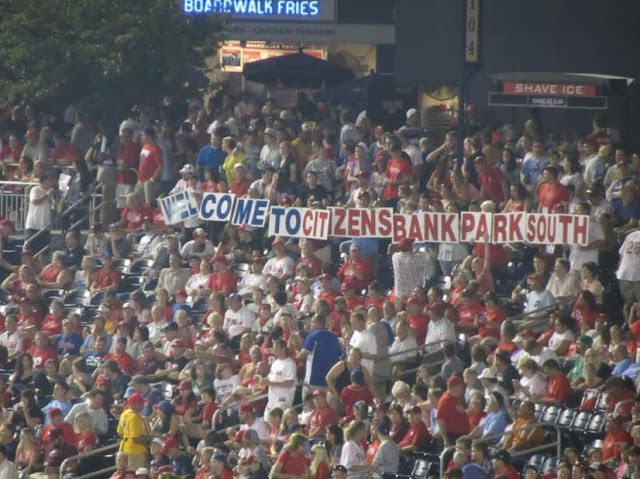 Nationals Park
April 2, 2019
Bryce Harper and the Phillies made their way to Washington DC last night, but they didn't come alone.  Busloads of fans from the City of Brotherly Love, not to mention countless fans who made the drive themselves, invaded the right field stands for Harper's first game against his old team.

The fans turned the place into Citizens Bank Park South, and the team made sure those fans went home happy.  Our 24 year old fourth starter Zach Eflin outdueled three time Cy Young Award winner Max Scherzer, striking out nine batters in five innings.  Bryce Harper also silenced the fans of his former club, going 3-5 with a single, a double and an absolute moon shot of a home run in the 8th inning en route to an 8 - 2 victory.

The loyal Nationals "fans" who are still crying over Bryce leaving their city showed their true colors when they exited the ballpark in droves in the bottom of the 6th inning.  Hey guys... if you can't stay to support your team, don't be surprised when the face of your franchise signs to play for a team with fans who actually give a damn about the game.