Turn The NES Into An Arcade Cabinet 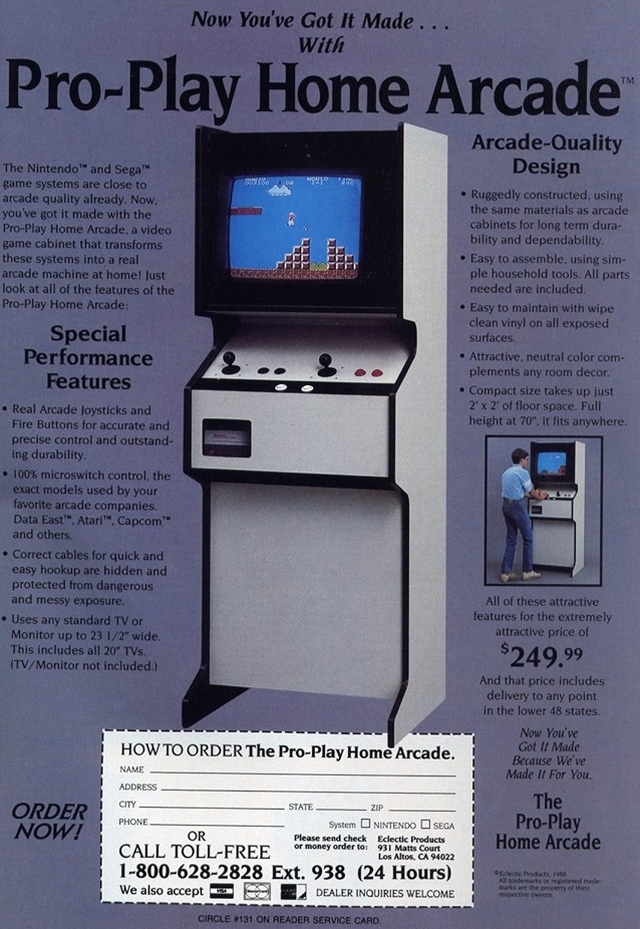 The Pro-Play Home Arcade
Eclectic Products (1988)
I wish I knew that this existed when I was a kid.  A company out of California sold an arcade cabinet kit made from vinyl-coated particle board.  It included a full two player arcade joystick that hooked up to your Nintendo Entertainment System, which sits on a shelf beneath.  The shelf that holds the NES has a window to let you change the game cartridge, and the shelf above holds a 20" CRT television behind a plexiglass screen.  It effectively turns your NES into an arcade game.

It must not have sold well.  Another blogger bought one from Toys R' Us after Thanksgiving 1989 on clearance for $59, which was over a 75% markdown from the $249.99 price in this ad.  This same blogger has also uploaded scans of the manual that shows how to put it together.  You can find more information about it on the AtariAge message boards where a user named Rob Mitchell reported that he found one at a thrift store in 2006.