The Crow on Game Boy 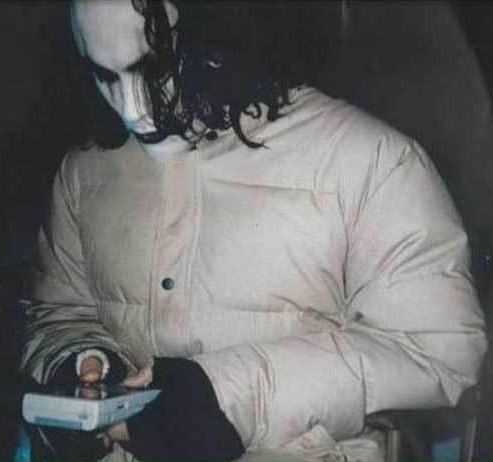 Brandon Lee
The Crow (1994)
Twenty-five years ago today, The Crow premiered in theaters.  In this photo, Brandon Lee is passing the time between takes playing the Nintendo Game Boy.  Sadly, he was accidentally shot and killed while filming.  While reminiscing about his time working with Mr. Lee on the film, makeup artist Lance Anderson said that "He loved Game Boy.  He was addicted to it.  I'd be painting these delicate lines on his face, and he'd hit a point on the game, and it would be time for a cleanup job.”

I'd like to think he was playing Kung Fu Master and that he got a chuckle out of being able to play as "Bruce Leap".