Moonraker Rises On The Boardwalk 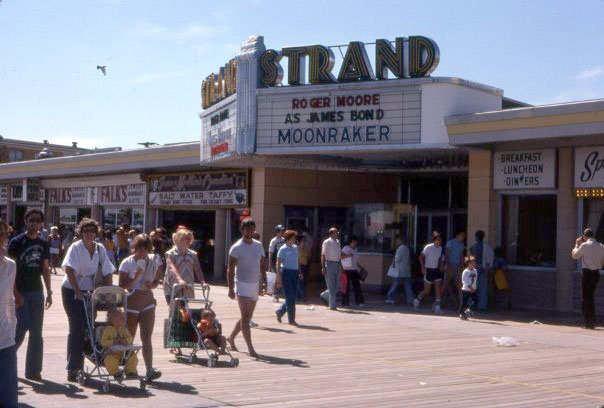 The Strand
Boardwalk and Maple Ave - Wildwood, NJ (1979)
This theater was at Boardwalk and Maple Avenue in Wildwood.  It opened in 1947 and remained in operation for over 60 years until its closure in 2012.  It was part of the Hunt's Theaters chain of 17 cinemas which were owned and operated by William Hunt (of Hunt's Pier).  This photo was taken in the summer of 1979 after the release of the eleventh film of the James Bond franchise: Moonraker.