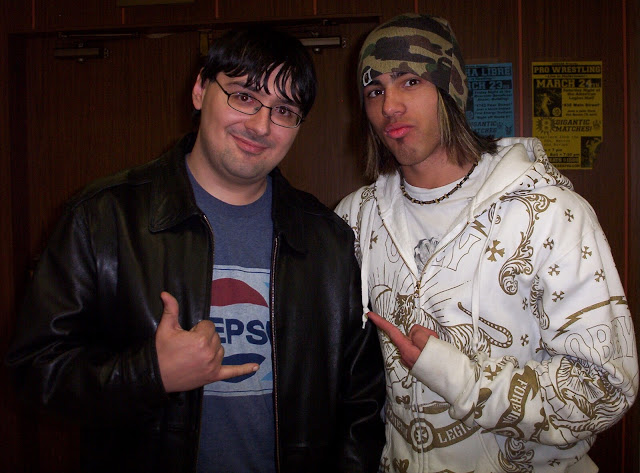 This photo was taken on February 16th, 2007 at Night One of the Chikara King Of Trios tournament.  The card that night included several performers from the DDT Pro Wrestling promotion out of Tokyo, including a twenty year old cruiserweight named Shiima Xion.  He wrestled Nobutaka Moribe in the only non-tournament match of the night.  I met him at intermission and he was a pretty cool dude.

In the years since, Xion wrestled across the world as Zema Ion and DJ Z, including a run in TNA / Impact Wrestling as the X-Division Champion.  Earlier this year, he signed with WWE.