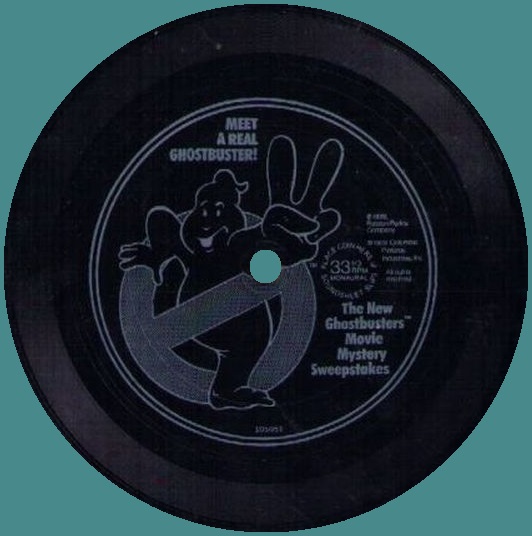 The New Ghostbusters Movie Mystery Sweepstakes
Ghostbusters Cereal (1989)
The sequel to Ghostbusters was released to theaters thirty years ago today.  I think of Batman, Ghostbusters 2 and Indiana Jones & The Last Crusade as being the closing chapters of the 80's - the last big things of the decade.

One of the many ways that Ghostbusters 2 was marketed was through The New Ghostbusters Movie Mystery Sweepstakes.  The name of this contest makes me wonder if they had other ideas besides "Ghostbusters 2" for the name of the movie.  The marketing materials usually go into production long before the movie hits theaters, so referring to the film as "The New Ghostbusters Movie" might have been a way to hedge their bets, just in case.  The record featured the voice actor who played Egon in The Real Ghostbusters (the Saturday morning cartoon) asking three trivia questions based on the new movie.  If you knew the answers, you could write them on a 3x5 card and mail it in for a chance to win the grand prize of meeting Egon (Harold Ramis) in person.

There were two versions of the record.  Vinnie Donadio has shared the recordings on both the white one and the yellow one on YouTube.