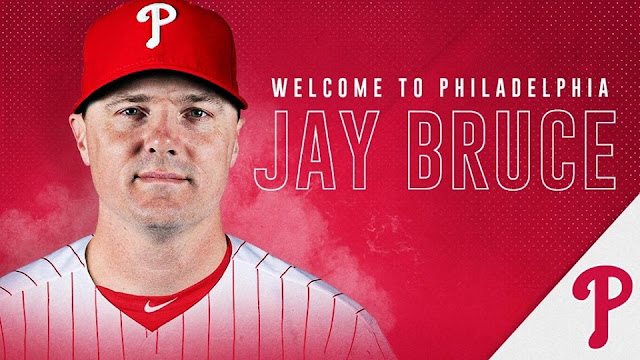 The Phillies just announced that they've traded a 23 year old infielder from Clearwater to the Seattle Mariners for three-time All Star Jay Bruce.

Although his best years may be behind him, his presence will be very welcome in Philadelphia.  We needed a left handed power bat, and he certainly fills that role.  He already has 14 home runs this season, which is more than any other member of the Phillies this season (Hoskins has 13, Harper and McCutchen have 10, Realmuto and Franco have 8).  We also need an OF to take Odubel Herrera's roster spot when the Phillies trade or release him, and we need someone who can pitch hit on nights that he doesn't start.  Also, by all accounts, he's a fantastic teammate and a team leader.

Jay Bruce is signed through the end of the 2020 season.  He's owed just over $21 million, but Matt Gelb reported that the Mariners are sending $18 million to the Phillies in the deal, so we're getting a season and a half of a left handed veteran power bat who can come off the bench and rake at Citizens Bank Park for $3 million.  Not too shabby!