I'm Tempted To Drink It Upside Down 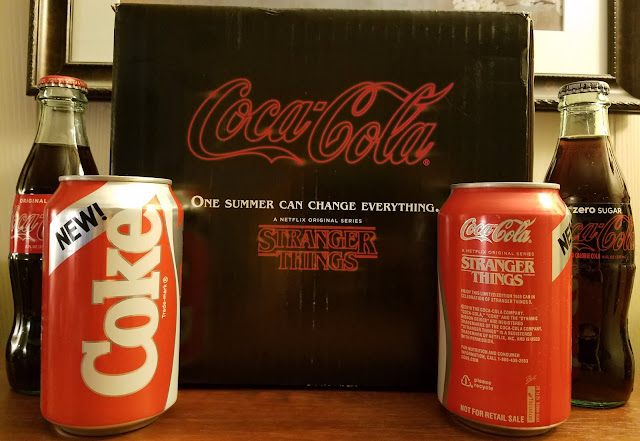 New Coke / Stranger Things Collectors Pack
The original launch of New Coke happened in April, 1985.  I was four years old, so I missed out on the fiasco that followed when Coca-Cola discontinued the original recipe.  Consumers and bottlers protested the change and they brought back "the real thing" 79 days later.  In the years that followed, they sold the original recipe as Coca-Cola Classic and the new recipe as New Coke.

I don't drink Coca-Cola very often so I'm no expert, but I tasted the New Coke and really couldn't tell the difference.  It was a bit more sweet, I suppose, but nothing to get too worked up about.  I'm glad to have had the chance to try it.