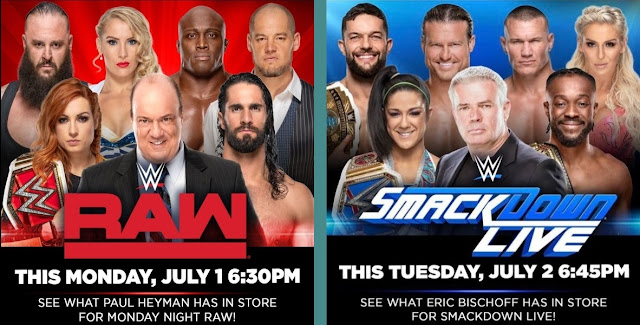 On Thursday, Sports Illustrated reported that Paul Heyman has been named the Executive Director of Monday Night Raw while Eric Bischoff will take on the same role on Smackdown.  According to the article, the roles are legitimate and not part of a scripted storyline, like the "general manager" role that WWE rolls out from time to time, but the advertisements sent to potential ticket buyers for next week's Raw and Smackdown seem to indicate that the roles will be acknowledged on the show.

Paul Heyman has a reputation of being one of the most creative and effective bookers in the history of the industry, taking ECW from an unknown brand operating out of bingo halls to a worldwide brand.  Meanwhile, Eric Bischoff took WCW from a runner-up brand in a dying industry in the early 90's to the premier brand of professional wrestling, and is largely responsible for the renaissance of the industry in the mid to late 90's.

While both promoters have strengths and weaknesses, both have created pro wrestling characters and storylines that are far superior to the disastrous writing that has plagued WWE television for nearly 20 years.  The success of this move depends entirely on one person - Vince McMahon.  If he can stay out of the way and let Paul and Eric work with their creative teams, this has the potential to greatly improve WWE programming.  If he continues to meddle in the creative process, this will be just the latest in an ever growing list of professional wrestling that could have been great if not for the influence of a man who is several decades out of touch with the audience.