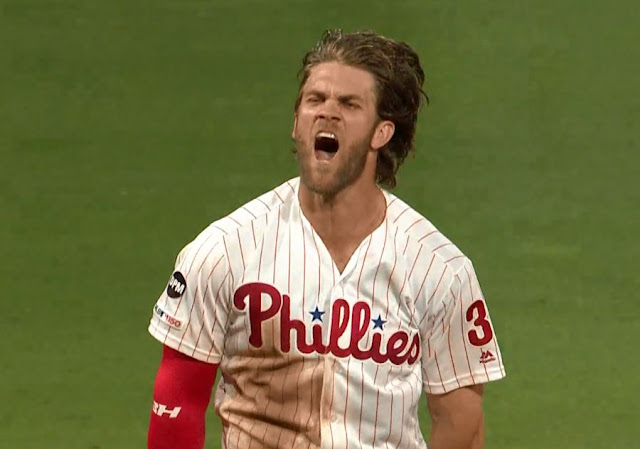 It's been a bit of a rough season for the Phillies, who have fallen to third place in the division.  Hopefully, tonight's game will be a turning point.

Trailing the Dodgers 8-6 in the bottom of the 9th, the Phillies battled back against closer Kenley Jansen.  Andrew Knapp started off the rally with a double.  This was followed by a single off of the bat of Cesar Hernandez and an RBI single by Scott Kingery, which brought Bryce Harper to the plate.  Harper doubled to drive in two runs for the 9-8 victory over Los Angeles.