An Old Favorite And A New Favorite 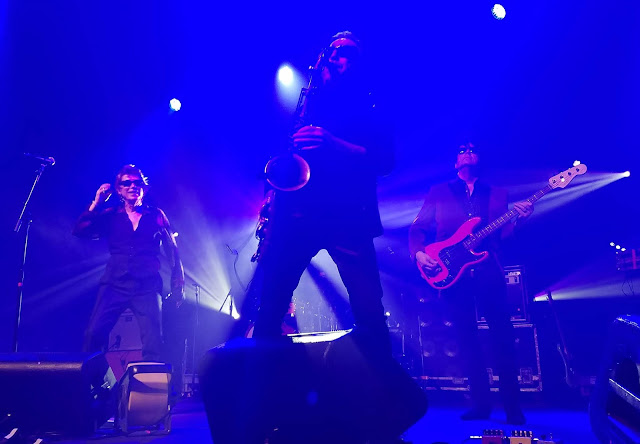 Psychedelic Furs - James - Dear Boy
Franklin Music Hall
Philadelphia, PA - July 13, 2019
Photo Gallery
I first saw the Psychedelic Furs in Jim Thorpe nine months ago and they were incredible.  I couldn't pass up the chance to see them again; this time at the Electric Factory in Philly (I still can't bring myself to call it "Franklin Music Hall").  As great as they were last October, this performance was even better.  I can't begin to tell you how awesome it is to hear Heartbreak Beat live.  It's my all time favorite song, and I cannot put into words how thankful I am to have been present to see it performed by the Psychedelic Furs not once, but twice.

As great as their performance was, I was completely and unexpectedly blown away by James. 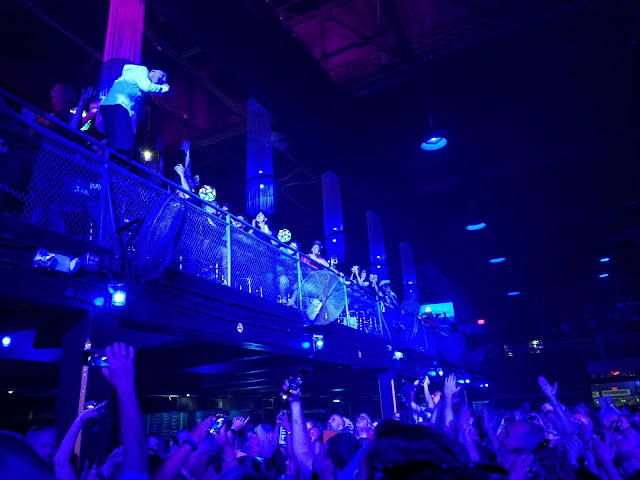 When I first bought the tickets, I really didn't even notice Dear Boy and James, and I had assumed that they were both opening acts.  Dear Boy is a relatively new group, and they performed a good opening set that I enjoyed.

A few days before the concert, I did a quick search on James and learned that they had a hit in 1993 called Laid that I know and enjoy.  If you've seen the American Pie movies, you've heard it.  It's one of those songs that most people might not know by the name or the artist, but if you play two seconds of the beginning, they can sing the rest of the song.  When I learned about this, I was happy that I would see an opening artist who had a song I was familiar with.

Before the show, I met a dude from Rhode Island who told me that James is his favorite band and this was his third time seeing them on this tour.  Not gonna lie - I was a bit shocked to hear that, but it made me think that maybe there was more to this band than I was aware of.  He filled me in on who this group was and what they're about.  They're an alternative rock band out of Manchester who began in 1982.  The band broke up in 2001 when lead singer went off to work on other projects, but they came back together in 2007 and have been touring and releasing new albums ever since.  He told me the band toured with The Smiths back in the 80's, and cited a few artists who had a similar sound and message, all of whom I was a fan of.  It sounded right up my alley, and I was pretty hyped up to see his set before it began, but nothing could have prepared me for how incredible this would be. 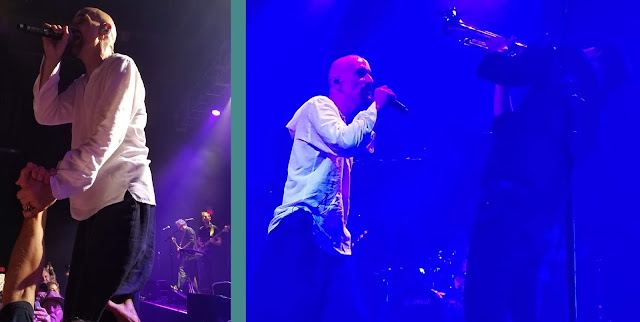 Tim Booth may be the most intense and captivating singer I've ever seen live in concert.  His presence demands your attention, and it's entirely genuine and real.  The set began like a shotgun blast with a song called Hank.  The lyrics make it very clear what the song is about and the values that the artist stands for.  It is everything that a protest song should be - powerful, intelligent, and unmistakable in it's message.  It was also a fantastic opening to a set that included Booth scaling the wall and singing Tomorrow while hanging off of the balcony on the second floor, and singing Picture Of This Place while crowd surfing face down.  Between these, Booth explained that he wrote All I'm Saying about his best friend who died of cancer, but didn't tell anyone that she had the disease.  As he sang his incredibly moving tribute to her, I doubt that there was a dry eye in the building.  By the end of this set, I went from barely remembering this band as the guys from the American Pie song to feeling a level of respect and admiration that is equal to any artist whose work I've been lucky enough to experience. 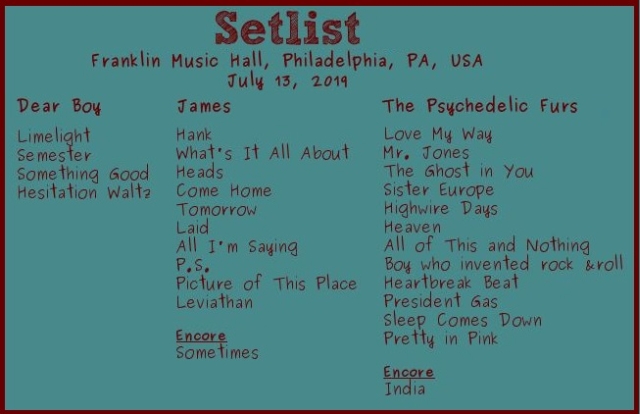