The Battle Against The Gorgon Invaders 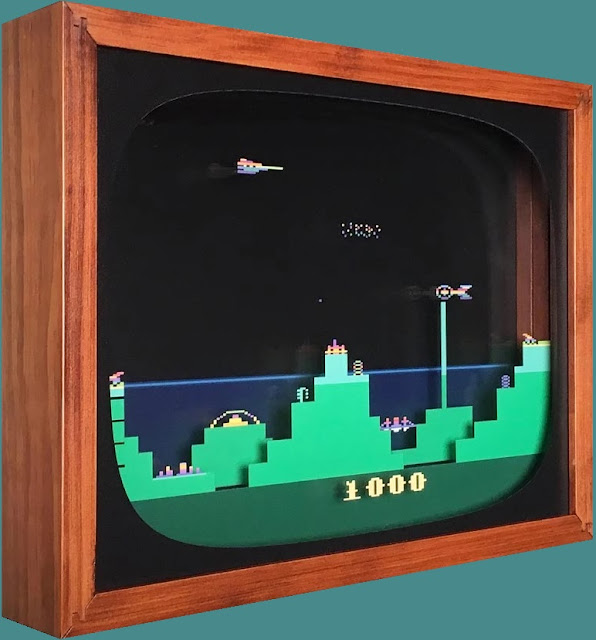 Atlantis Shadowbox Art
Artovision
This impressive artwork perfectly captures Atlantis, one of the greatest games for the Atari 2600.  Like Missile Command, there is no way to win this game.  You can only hold out against the Gorgon invaders and defend the underwater city until they overwhelm you and destroy the city.  When that happens, a small ship is shown escaping with the last survivors of Atlantis, which sets up the game's sequel - Cosmic Ark.