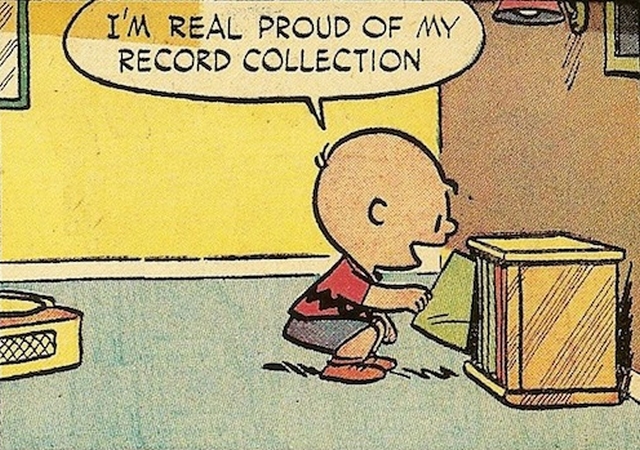 One of my favorite shows when I was a teenager was Sliders.  It's a sci-fi series in which a 20 year old college kid named Quinn travels to parallel dimensions along with his professor, his co-worker, and a soul singer who happened to be in the wrong place at the wrong time.  The parallel worlds sometimes appear to be similar to our own in the beginning, but the gang eventually discover where this new world differs from their home.

The first time Quinn traveled through to another world, he believed that nothing had happened, but the DJ on the radio (voiced by Harry Shearer) starts to say some strange things; the first of which is that today is the day that the last CD rolls off of the assembly line, and that Vinyl LP won the battle and is here to stay.

A recent article by Rolling Stone made me thing of that line for the first time in over 20 years.  According to their research, the combination of sharply declining CD sales and a consistent increase in the sale of vinyl records may very soon lead to a world where record sales top CD sales.  Whether that happens or not, it appears that Day Tripper was right about one thing: vinyl is here to stay.