They Make Pills For That Now 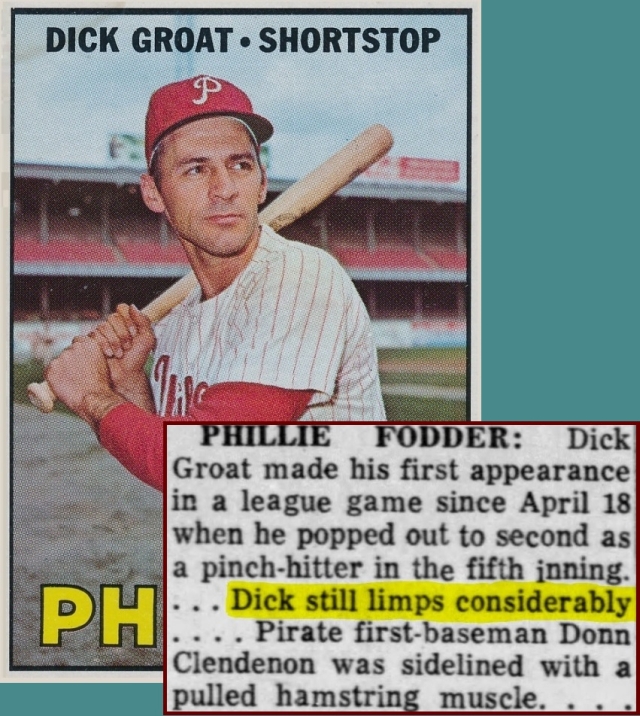 Dick Groat
Philadelphia Phillies (1966-1967)
On October 27th, 1965, the Phillies and Cardinals agreed on a six player trade that bought Bob Uecker, Bill White and Dick Groat to Philadelphia.  Groat, a former NL MVP, was at the end of his career by the time he came to Philadelphia.  He played for the Phillies for all of 1966 and for 10 games in 1967 before he was sent to the Giants.

In his final season on June 9th, Groat was coming back from an injury in a game against the Pirates.  His physical performance that night inspired this line in the Philadelphia Inquirer, which was mentioned in The Dirty Inning podcast a few months ago.