The Return Of The Christmas Catalog 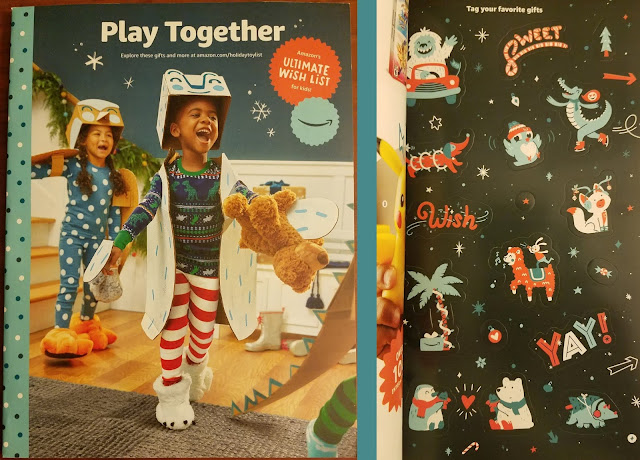 One of the most exciting things to come in the mail when I was growing up was the Sears Wishbook.  I suppose that might be hard to understand for people who grew up with the internet, but the ability to look through a catalog that had a huge section dedicated to toys, video games and other awesome goodies that you didn't even know existed was an incredible experience.  My grandmother would give me the catalog when I was a little kid and told me to circle anything that I liked so that Santa would know what to keep his eye on. Sure enough, on Christmas morning, at least one or two things that I had circled was waiting for me to open.

Now, in 2019, not only have catalogs become largely obsolete, but so have the brick and mortar stores that those catalogs represented.  All of the Sears and J.C. Penney stores in my area have closed.  Toys R Us has closed.  These days in Northeast PA, you're pretty much limited to Wal-Mart, Target and a series of dollar stores, none of whom have a catalog.

Amazon was the last company I ever expected to receive a catalog from, but not long ago, this was waiting for me in my mailbox.  It's not even close to being the same size as the Sears Wishbook, but it was still a pleasant surprise to see a paper catalog filled with different toys that are available this season, complete with a page of stickers to use as gift tags.  Very cool, Amazon!

On a side note, if you want to see some of the old catalogs of the past, there is an incredible archive online called WishbookWeb where you can leaf through high quality scans of many different catalogs that were sent out in the 20th century.