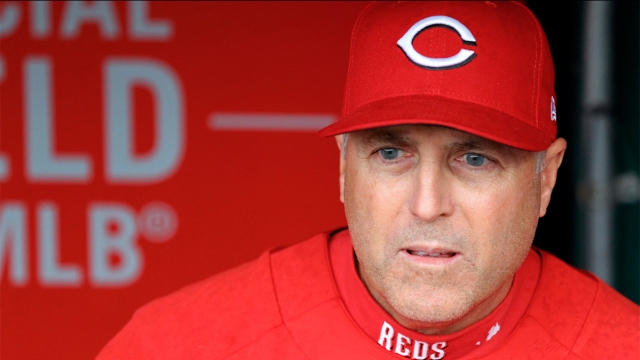 On the morning of Halloween, the Phillies announced that they have hired former Cincinnati Reds manager Bryan Price as the pitching coach.  Price began his career as a pitching coach with the Seattle Mariners in 2001, and in his first year in the role, he won the USA Today Pitching Coach of the Year Award.  He served in that role with the Mariners through the end of the 2006 season and has been highly praised by Pat Gillick and Jamie Moyer, both of whom worked with him in Seattle.  Moyer remarked about how much Price cares about his pitchers and how he was able to earn the players trust by learning what each pitcher did well and how those talents can be maximized.  This is a stark contrast from Chris Young, who by all accounts was a terrible communicator who tried a one-size-fits-all approach that failed miserably, as such methods usually do.

His career as a pitching coach continued with the Arizona Diamondbacks from 2007-2009 and with the Cincinnati Reds from 2010-2013, and he became the Reds manager before the start of the 2014 season.  This is where things get interesting, and where he goes from being a highly qualified and skilled pitching coach to a man who is a perfect fit for the city of Philadelphia. In a 2015 pre-game press conference, Price scolded Cincinnati reporters for snooping out the fact that catcher Devin Mesoraco was not with the team and therefore couldn't be brought in to pinch hit.  He argued that by doing so, the reporters are giving a tactical advantage to the opposing team.  He also mentioned that he was upset at reporters who followed and reported that Tucker Barnhart was flying in from Louisville before the team had the opportunity to discuss the situation with Kyle Skipworth.  In other words, Skipworth had to read on Twitter that he was about to be sent down to the minor leagues before Reds management had the opportunity to sit him down and explain the situation to him.  These things understandably annoyed Bryan Price, who went on drop 77 f-bombs on reporters in just over five minutes.


There was a lot of reaction to this at the time, some praise and some criticism.  Frankly, I agree with him.  I'm all for the media keeping the fans informed, but not at the expense of giving the opposing team a strategic advantage.  Above all, after listening to this, I am able to take away three things that make me believe that he will be an excellent fit in Philadelphia:

One last side note: about a month after the infamous rant Price had against the media, he managed to start an argument with the umpires and get ejected from the game when he turned in the lineup card.  Please allow me to repeat: he was ejected before the game even began, at a largely ceremonial moment in the game where all that typically happens is the managers of both teams walk to home plate, shake hands, hand their lineup cards to the umpire and walk back to the dugout.

I truly love that this dude is in Philadelphia!