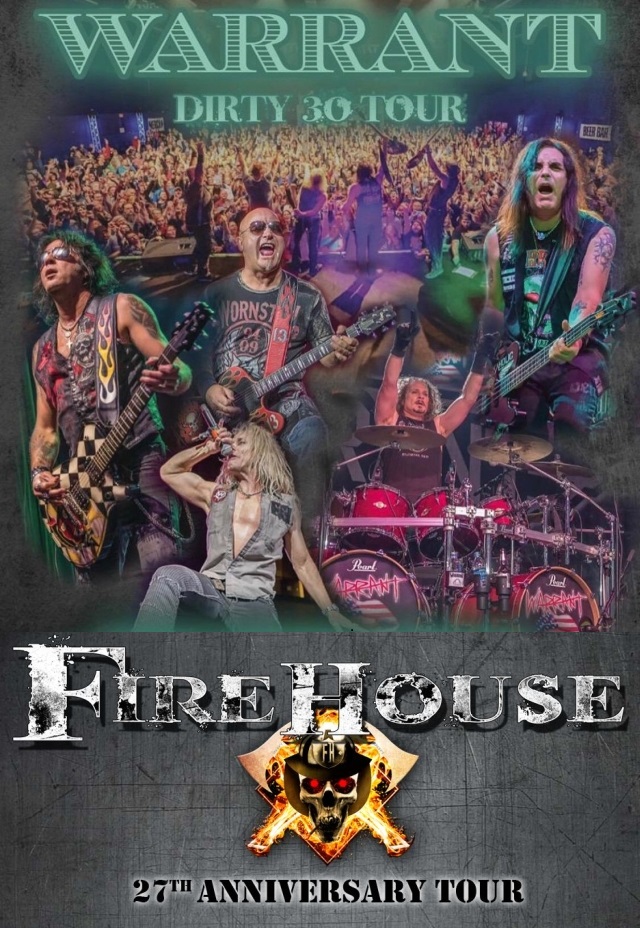 Warrant - Firehouse
Dirty 30 Tour and 27th Anniversary Tour
Penn's Peak - Jim Thorpe, PA
This is a nice venue with great acoustics that gets at least a few 80's bands every year.  This show was a co-headliner of two late 80's glam metal bands 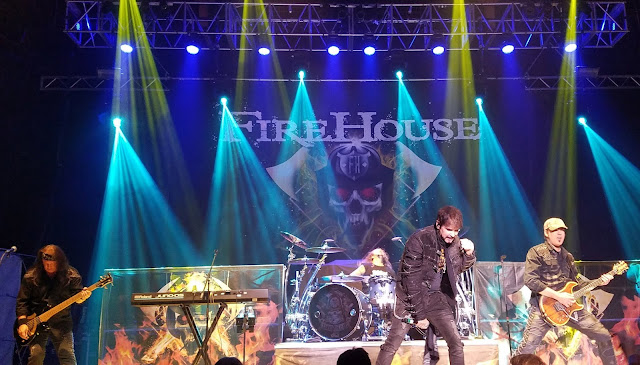 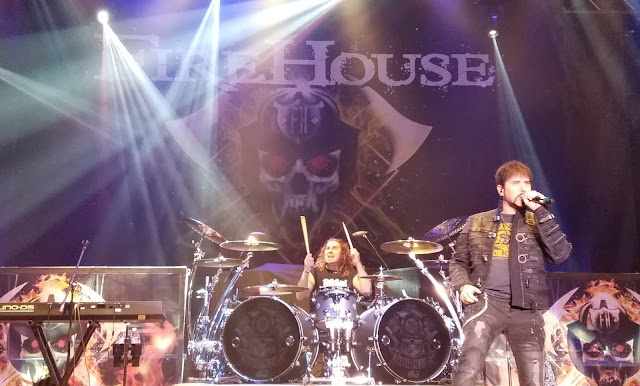 Firehouse hit it big a little bit too late for their own good.  Their debut album was released in September, 1990.  It was a massive success that went double platinum with hits like Don't Treat Me Bad, All She Wrote, and a song that became the wedding song for a countless number of couples in the 90's, Love Of A Lifetime.  Unfortunately for the band, that album came out exactly one year before Nirvana's Nevermind changed rock music forever.  By the time Firehouse released their follow up album in 1992, their style of rock and roll had become overshadowed by grunge and mid-90's punk resurgence.

The band performed an excellent set.  C.J. Snare sounds exactly the same as he did when I was in middle school, but perhaps more shocking, he looks almost the same too.  It's hard to believe that guy is going to be 60 years old in less than a month. 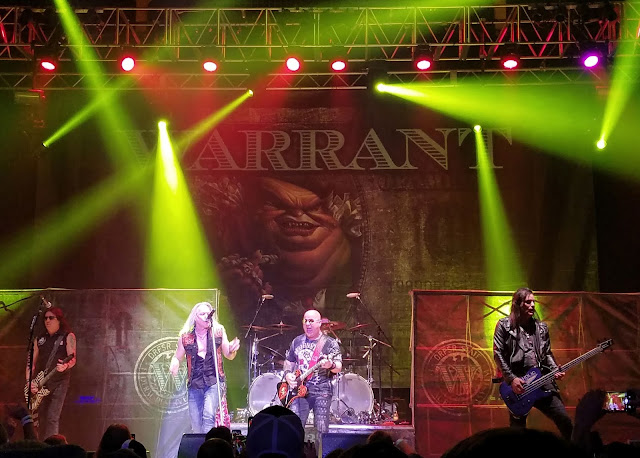 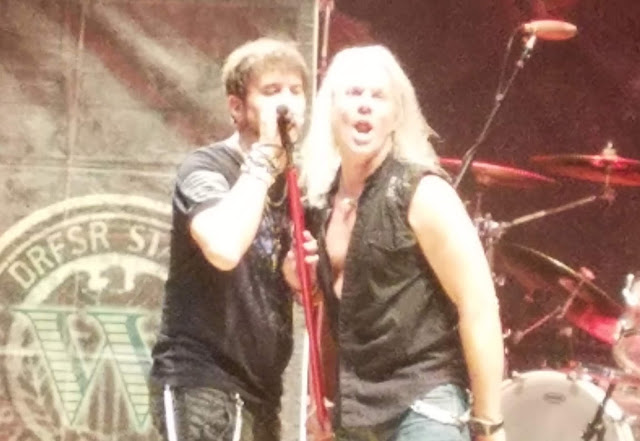 Warrant was touring for the 30th anniversary of their debut album, Dirty Rotten Filthy Stinking Rich.  All of the songs from that album were written by Warrant's original lead singer Jani Lane, but the band parted ways with him in the 2000's.  He was replaced by current lead singer, Robert Mason (from Lynch Mob) in 2008.  Sadly, Lane passed away in 2011, but Mason is a fantastic performer whose vocals and style blend excellently with the band.

The band ran through the majority of Dirty Rotten Filthy Stinking Rich in the order that the songs appeared on the album, including Sometimes She Cries and Heaven.  The only exceptions were the omission of In The Sticks and swapping the order of tracks 9 and 10 (Ridin' High and Cold Sweat).  The rest of the set was a selection of songs from Cherry Pie (1990), Dog Eat Dog (1992) and Louder Harder Faster (2017).  Included is this mix was I Saw Red, a ballad that I had on countless mix tapes that my sister made for me when we were in middle school.  Firehouse joined Warrant on the stage for the closer, Cherry Pie, with Robert Mason singing with C.J. Snare throughout.

It was a great show.  The only thing that I wish I could have heard that they didn't play was my favorite Warrant song - April 2031.  It's a nightmare vision of a world in which the damage to the environment has reached such a level that it has led to world peace, but only because there's nothing left worth fighting for.  It was off of their third album from 1992 and was never a single (despite the fact that it could have had an incredible music video), so I didn't expect that it would be part of this setlist.  Maybe it will be if they do a 30th anniversary tour for Dog Eat Dog in 2022, I'll get to see them perform it live.  If that happens, we'll be only 9 years away from the year described in the song.  Crazy!

I didn't get a t-shirt at this show, but I didn't go home empty handed thanks to a guitar pick that was thrown into the crowd by Warrant.  I'm not sure which of them tossed it. I didn't even know it was thrown until it hit my hair, but I'm thankful to have it as a memory of a very fun show. 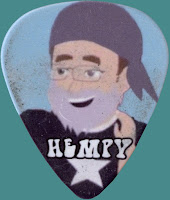 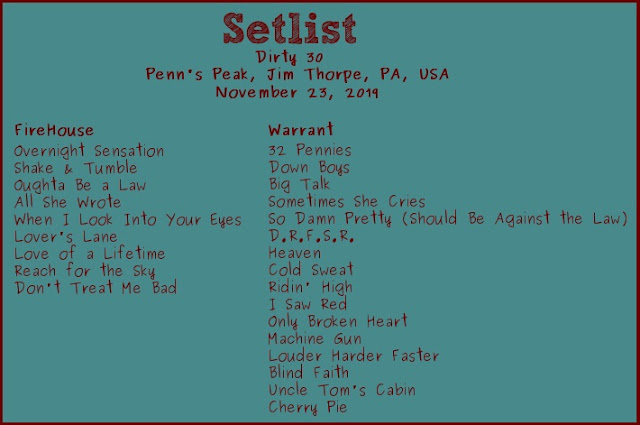