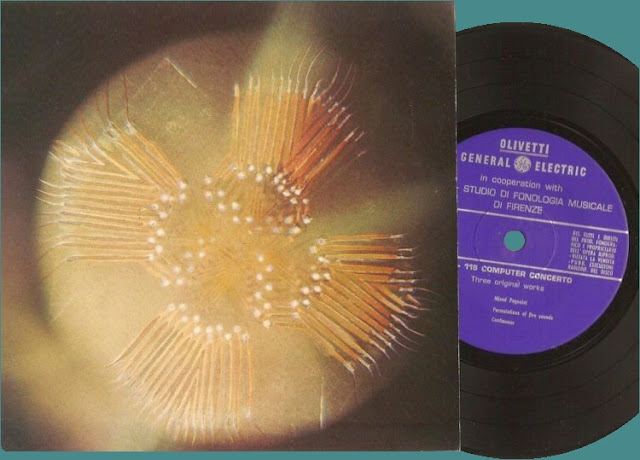 GE-115 Computer Concerto
Pietro Grossi (1967)
This is one of the most fascinating recordings I've ever listened to.  Italian composer Pietro Grossi experimented with using computers to make music decades before the days of synthpop and chiptunes.

In 1967, he used a General Electric GE-115 computer to compose three original pieces of music: Mixed Paganini, Permutations Of Five Sounds and Continuous.  These compositions were pressed onto Side B of a 7" vinyl and given to employees of Olivetti as a Christmas present.  It's crazy to think that even though this music sounds like it's from a 1980's arcade, it was actually recorded two years before Woodstock.