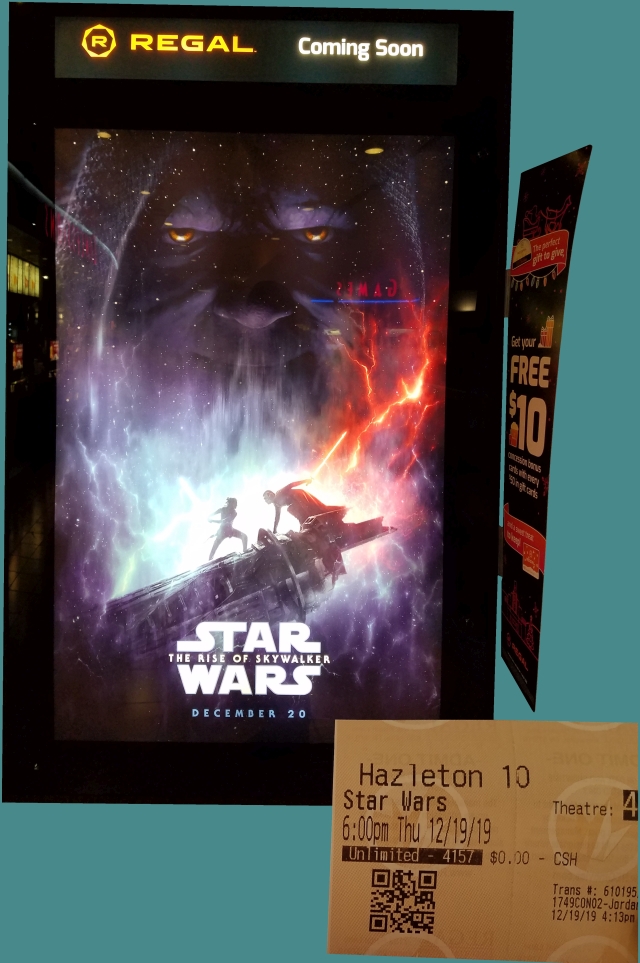 Star Wars: The Rise Of Skywalker
Regal Cinema - Hazleton, PA
The story is now complete.  Reviews have been mixed, as is often the case with Star Wars films.  I've now seen it twice and enjoyed it.  I'll always wonder how the sequel trilogy that George Lucas had in mind would have compared to the Disney sequel trilogy that we have, but at the end of the day, these are the movies that we have and I'm very happy that we have them.  There are most certainly things about this movie that I think could have been handled much better.  For example, the Rose Tico character was almost completely disregarded.  She was a breath of fresh air in The Last Jedi, and it's both sad and unfortunate to see her get the Jar Jar Binks treatment in the final chapter of the saga.  Still, I enjoyed this movie for what it was. 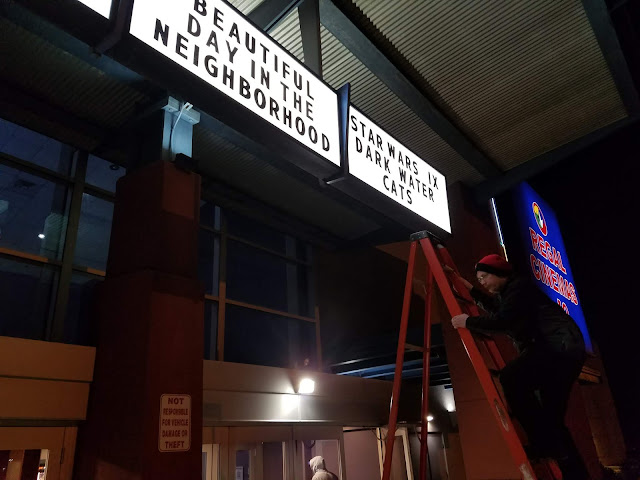 Now that the entire story has been told, fans have taken to the internet to rank the Star Wars Universe in order of most to least favorite movies in the series.  I've been watching Star Wars for my entire life, so I have a love and appreciation for all of these films.  With that in mind, here is my ranking after seeing the final chapter.