He Has A Toy Whether He Wants To Or Not 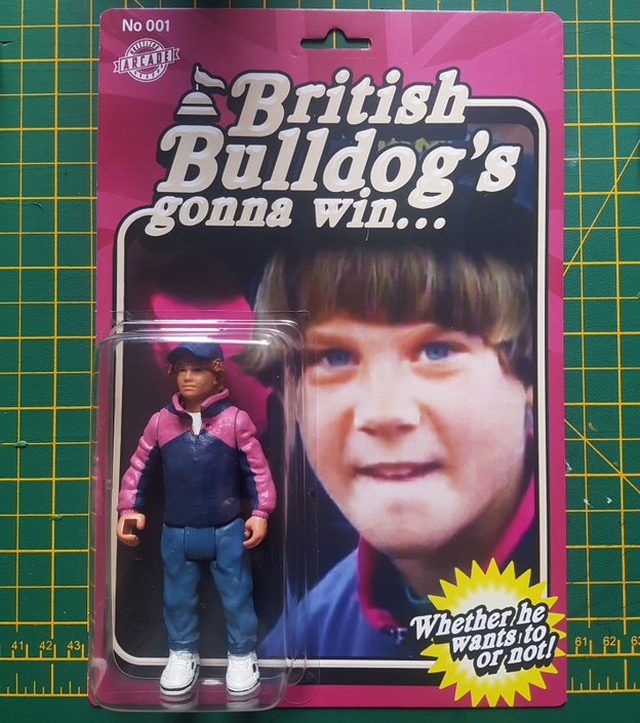 British Bulldog Fan Toy
@WrestlingArcade
The fifth annual WWF SummerSlam took place at Wembley Stadium in London on August 29th 1992.  Bret "The Hitman" Hart defended the Intercontinental Championship against "The British Bulldog" Davey Boy Smith in the main the main event.  Not only was it one of the greatest matches of the decade, but it inspired one of the most memorable fan moments ever captured by WWF cameras.

Prior to the start of most major shows, the WWF crew interviews fans outside of the venue.  These are usually forgettable clips of excited fans talking about or imitating their favorite wrestlers or talking about how far they had to travel to get to the show.  A kid dressed in a Bret Hart jacket and a Big Bossman hat raised the bar with a comment that has had wrestling fans scratching their head for nearly three decades.

I have no idea who this kid is, but he now has his own action figure.