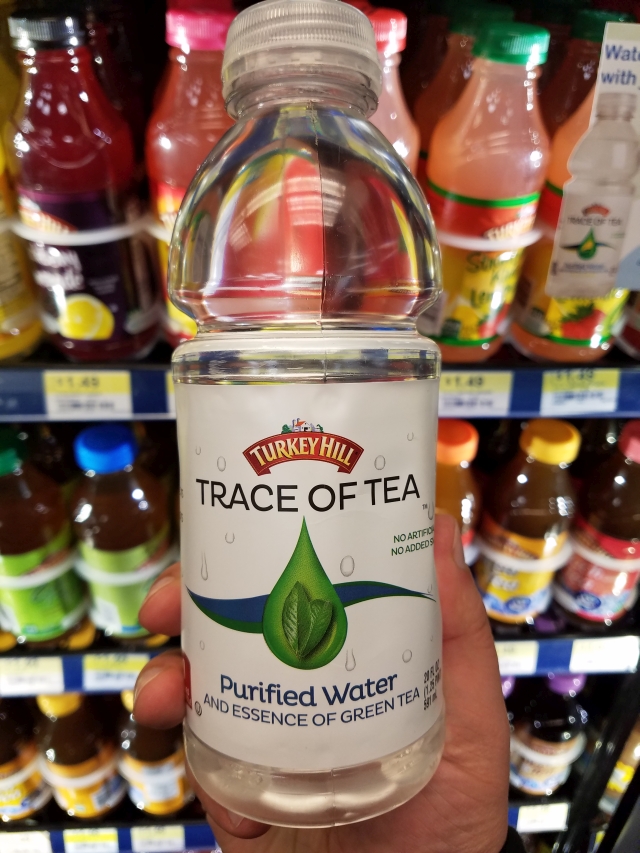 Trace Of Tea
Turkey Hill (2020)
Have you ever had a glass of iced tea and then forgot to wash it when you were finished?  Then, later in the day, have you ever used that same unwashed glass to get a drink of water and wonder why it tastes a little funny?  I'm guessing that this must have happened to someone who works on the product development team at Turkey Hill.  However, instead of learning from their mistake like a sensible person, they decided to bottle a whole line of pointless beverages called Trace Of Tea.

So, if you're dying for an iced tea that's been watered down to the point where it's unrecognizable as tea, and you don't want to go through the tedious effort of adding an eyedropper full of iced tea to a gallon jug of water, this ridiculous drink is just for you.

Be on the lookout for their new frozen desert called Hint of Cream.  It's a solid block of ice with the "essence" of vanilla ice cream.  Grab your sharpest spoon and dig in!