Standing On A New Corner 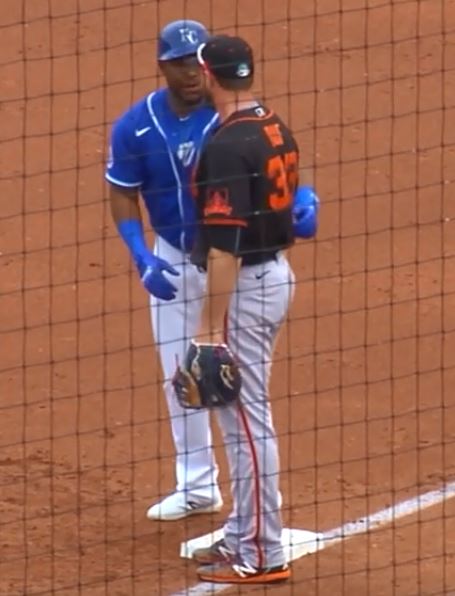 Maikel Franco and Darin Ruf
Spring Training - February 28, 2020
Two former corner infielders for the Phillies briefly met up during a Spring Training game this past Friday.  Third baseman Maikel Franco hit a single for the Royals, with whom he signed a 1 year contract over the winter.  He was met by Darin Ruf, who was playing first base for San Francisco.  Ruf returned to the United States after a very successful three year run as a member of the Samsung Lions in Korea, and is working to earn a spot on the roster after signing a minor league contract with Gabe Kapler's Giants.  Ruf would go on to hit his first home run of the spring later in the game.