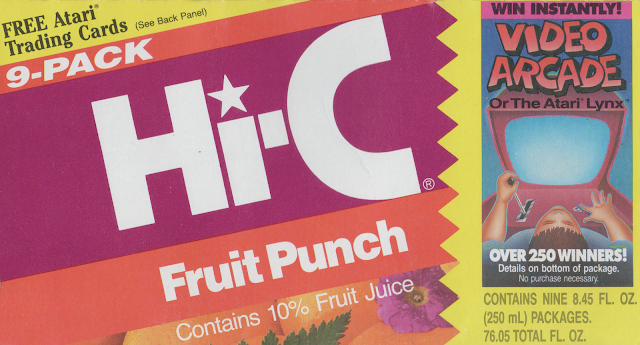 Hi-C / Atari Lynx Promotion
The Coca Cola Company (1989)
These images of a Hi-C Fruit Punch carton were shared to the Internet Archive by Bill Kendrick.  Each 9 pack of juice boxes gave the consumer a chance to win a grand prize that included a pinball machine and a full arcade cabinet from Williams or Bally/Midway, as well as the Atari Lynx handheld system which had just been released at the time.  In addition to the ten grand prize packages, there were 250 first prize winners who received an Atari Lynx system. 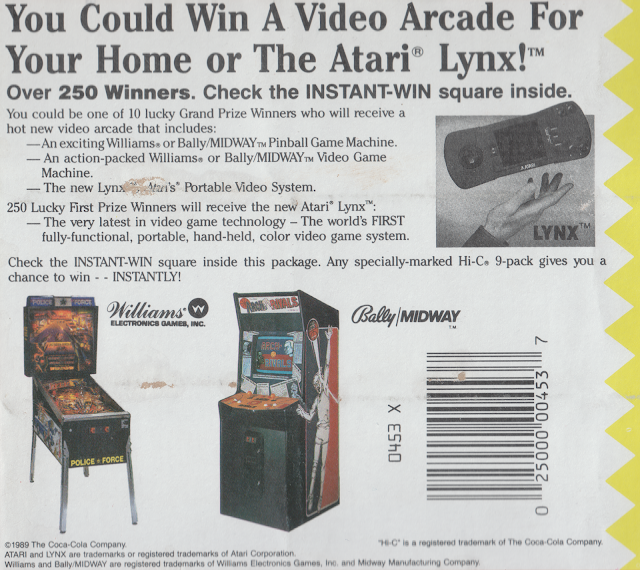 The two games that are pictured on this carton as potential prizes are the Williams Electronics pinball game Police Force, and the Bally/Midway arcade game Arch Rivals.  Both were released in 1989.

The back of each carton had two Atari trading cards that could be cut out from the box.  Each card featured the box art from a game cartridge on the front, and a couple of "hot tips" on the back.  I wasn't able to find a checklist, so I'm not sure how many cards are in the set or which games and consoles are represented.  The two cards on this package are the red box variant of Q*Bert for the Atari 2600, and Crossbow for the Atari 7800. 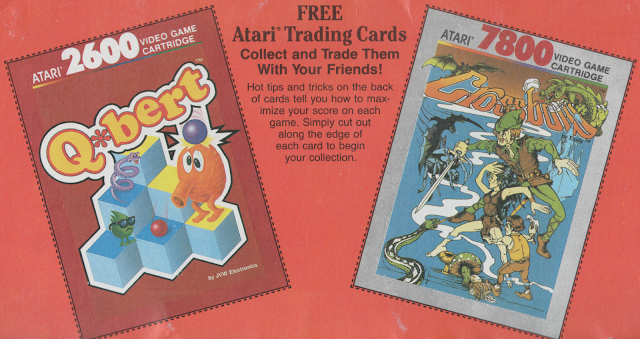 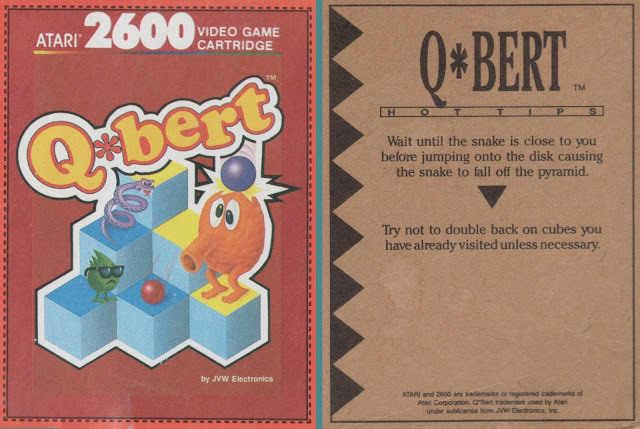 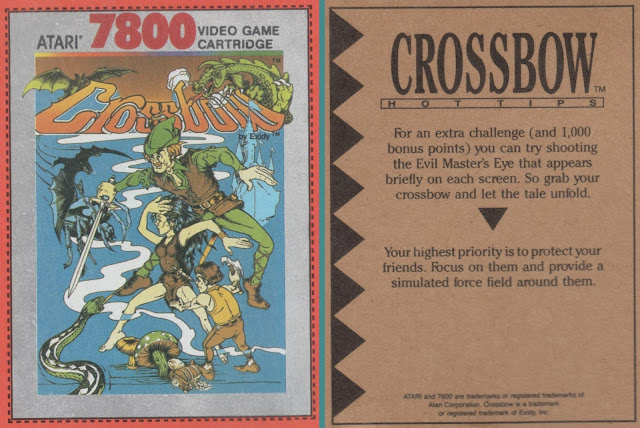 The inside of the box had a square that let you know if you are an instant winner, and a Hi-C Video Arcade Quiz.  Go ahead and test your knowledge.  I've turned the key right side up so you can check your answers without turning your monitor upside down or wrestling with the auto-rotate feature on your phone. 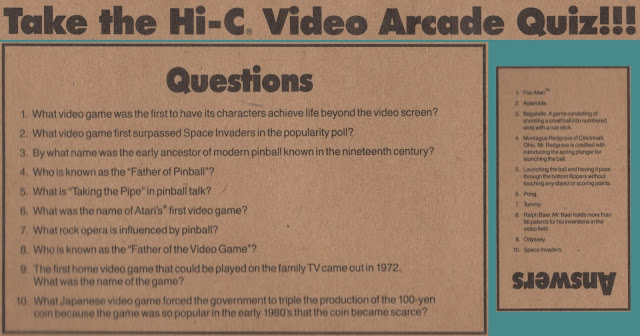